Another Pharmacy Refuses to Sell Emergency Contraception to a Man 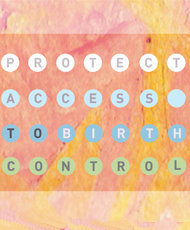 It happened again. Another pharmacy in Texas — this time a CVS — refused to sell emergency contraception to a man who sought to purchase the product for his wife. Jason Melbourne sought the medication at a Mesquite, Texas CVS, only to be confronted by a pharmacist, and her supervisor, who refused to sell him the medication because he is a man. The pharmacist demanded that Melbourne’s wife accompany him to the store, despite the fact that she was home with their two young children. Luckily, he was able to eventually purchase the medication from a nearby store without incident.

In 2010 and 2011, we saw a wave of discrimination like this at pharmacies in Texas, Oklahoma, and Mississippi. We thought that this unfortunate trend was over, and that pharmacies heard our earlier message loud and clear: men and women who make healthy family planning decisions should be supported, and unnecessary obstacles to accessing emergency contraception cannot be tolerated given that time is of the essence to avoid an unintended pregnancy. Emergency contraception is most effective the sooner a woman takes it, and its effectiveness decreases every 12 hours. It is therefore crucial that a customer access emergency contraception as soon as it is needed.

So we’ve sent a letter to CVS, reminding them that FDA guidelines specifically say that both men and women who are over 17 years old may purchase emergency contraception without a prescription, and asking that CVS ensure that this doesn’t happen again. We hope that CVS does the right thing, and we hope we see an end to this disturbing trend in 2012.