Uniting Against Religious Intolerance in a Climate of Fear 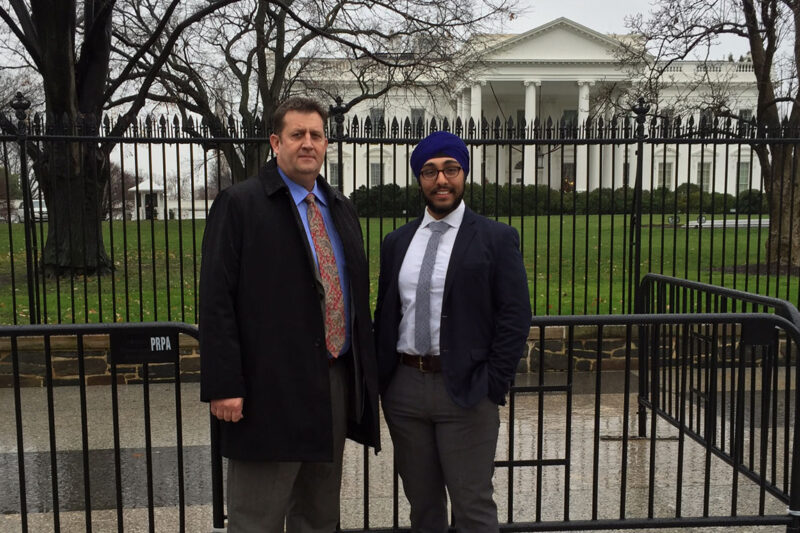 Since the devastating attacks in Paris and the mass shooting in San Bernardino, the United States has seen a spike in hate crimes against Muslims, efforts by governors in 30 states to bar the resettlement of Syrian refugees, and dangerous escalation in anti-Muslim rhetoric from presidential contenders.

In an effort to stem the tide of religious intolerance, a variety of civil liberties and faith-based organizations have launched a new campaign, “Know Your Neighbor,” to promote interfaith understanding and protect basic religious freedoms. Last Thursday, the American Civil Liberties Union joined a diverse collection of advocates at the White House, including the Baptist Joint Committee for Religious Liberty, the Center for Inquiry, the Hindu American Seva Societies, Muslim Advocates, the National Council of Churches, the Sikh Coalition, and others to help build knowledge and tolerance in this time of increasing divisiveness about religious liberty – a value we believe is at the heart of the American experience.

The Know Your Neighbor initiative offers a pledge for all to sign, affirming the intention to get to know fellow Americans of all belief systems and to speak out against hatred for and misinformation about others.

Two of our clients, who attended last week’s campaign launch at the White House, know all too well the importance of the ideals expressed in this pledge. Scott Lane’s stepson, C.C., attended a public school in Louisiana where teachers harassed him because of his Buddhist faith. C.C.’s teacher told his class that Buddhism was “stupid,” and school officials told Scott and his wife that they were in the “Bible Belt” and would have to accept the school’s constant promotion of Christianity and disparagement of C.C.’s faith.

Iknoor Singh, a Sikh student at Hofstra University, was prohibited from joining ROTC because of his religious appearance, which includes a turban, beard, and unshorn hair. When he applied for a religious accommodation, the Army denied his request (even though they had granted thousands of similar accommodations for non-religious reasons).

With the help of the ACLU, Scott and Iknoor both fought this religious discrimination and won. And the ACLU will continue to defend the religious rights of all, majority and minority faiths alike (see a list of our work in this area here). But, while litigation and advocacy are key tools in protecting religious liberty and religious pluralism, so too is the type of community outreach promoted by Know Your Neighbor.

So, as the New Year approaches, make a resolution: Get to know your neighbor and those in your community, even if you don’t share the same faith or belief systems, and stand up against hate. Now, more than ever, it could be your most important New Year’s resolution to date.

To learn more about the initiative and what you can do to help, go to http://knowyourneighbor.us/.