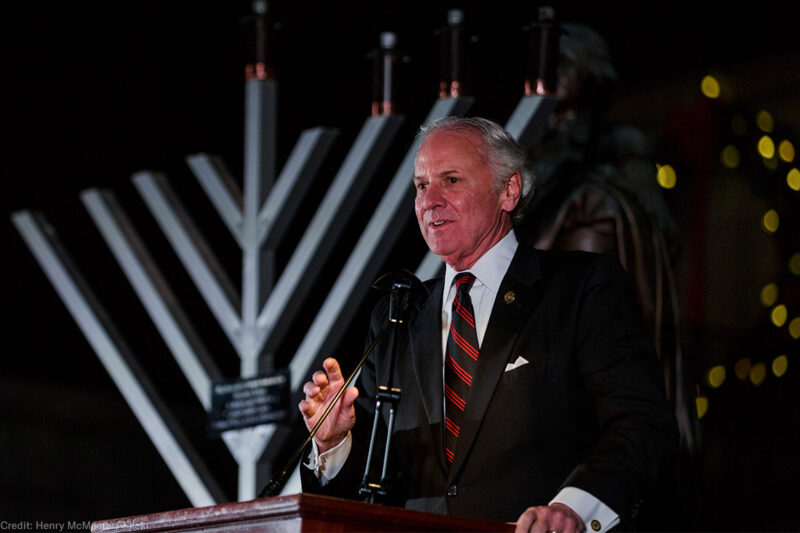 Across the United States, there are over 440,000 children in the public child welfare system. Nearly a quarter of these children are awaiting adoption with many living in group homes because no family is available to care for them. In the end, too many of these children will age out of the system without ever becoming part of a loving family. Despite these facts, the Trump administration this week made it even harder for these children to find foster and adoptive parents to love them.

On Wednesday, the U.S. Department of Health and Human Services granted South Carolina Gov. Henry McMaster’s request for an exception to a federal rule barring discrimination in federally funded child welfare programs. By doing so, the Trump administration has allowed government-contracted child welfare agencies in the state to turn away would-be foster and adoptive parents because they do not share the agency’s religious beliefs. It’s a terrible decision that will only hurt the children these child welfare programs were created to help while incentivizing other states to follow South Carolina’s bad example.

The South Carolina governor’s request was prompted by an agency called Miracle Hill, which accepts only Protestant Christian families. Miracle Hill was in the news after a Jewish family filed a complaint because it was turned away by the agency because of their faith. There are no other foster care agencies in the area apart from specialized agencies that work only with families seeking to care for children with serious medical or behavioral needs. Thus, for most prospective foster and adoptive families who aren’t Protestant, getting licensed through a supportive private state-contracted agency is not an option. This barrier denies children countless families just because their prospective foster or adoptive parents might be Jewish, Catholic, Muslim, or nonbelievers.

When states remove children from their families because they cannot safely remain at home, they have the responsibility to find them temporary foster families or a forever family through adoption. We need every family that is ready, willing, and able to provide a safe, stable, nurturing home for a child in need. It makes no sense to allow government-contracted child welfare agencies charged with finding families for children who desperately need them to cast aside loving families because of their faith.

In addition to harming children, his administration’s actions strike a blow to the wall separating church and state and subject members of minority faiths to discrimination on the basis of their religious beliefs. Requiring people to pass a religious litmus test to participate in a government program violates the First Amendment. It matters not whether that program is carried out by government employees or contractors hired by the state to provide the government service. This was recognized by a federal court in Michigan, which held that allowing government-contracted child placing agencies to use religious criteria to exclude prospective foster and adoptive families would violate the Establishment Clause.

In granting the exception to South Carolina, the administration said its decision was compelled by the Religious Freedom Restoration Act. The claim that we must permit discrimination against people because of their faith in order to protect religious freedom is absurd. Requiring government-contracted foster care agencies to accept all qualified families does not burden anyone’s religious freedom. No one is forced to accept taxpayer dollars to perform this government service.

And if an organization chooses to do so, its religious beliefs do not create a right to limit that government service to people of the same faith or otherwise alter that service to conform to its religious beliefs. A federal court in Pennsylvania recently rejected the claim that the right to free exercise entitles a government-contracted foster care agency to use religious eligibility criteria in the provision of public child welfare services in violation of city contracts.

The administration’s action disregards the well-being of children in need of a home and distorts religious liberty principles to gut protections against discrimination for people of faith. It is essential for members of Congress to exercise their oversight authority to stop this decision from setting off a devastating domino effect. Members should immediately initiate hearings on this administration’s efforts to authorize taxpayer-funded discrimination in the child welfare system that deprives children of families.

Our elected leaders need to make clear to this administration that the interests of children — not the religious views of state-contracted agencies — come first.