The Supreme Court Benches the Separation of Church and State 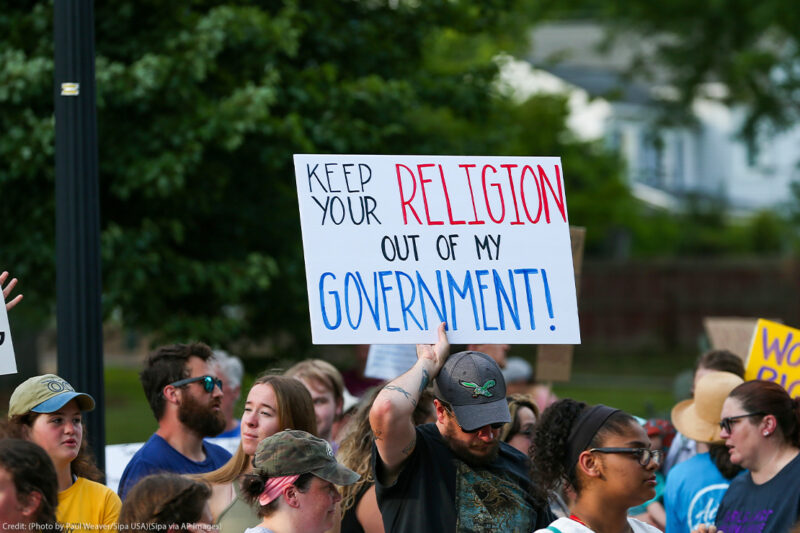 The court has adopted an approach that would see the lines between church and state hopelessly blurred, if not eliminated altogether.

In two cases this term, the conservative majority on the Supreme Court made it abundantly clear that there’s little room for the separation of church and state in its regressive constitutional framework. For nearly 75 years, the court has recognized that both of the First Amendment’s religion clauses are vital to protecting religious freedom: The Establishment Clause protects against governmental endorsement and imposition of religion, and the Free Exercise Clause ensures the right to practice your faith without harming others. No more. The court has increasingly treated the Establishment Clause as a historical footnote, threatening both the independence of religion and the religious neutrality of the state.

In Carson v. Makin, the court held for the first time that a state must fund religious activity as part of an educational aid program. Maine’s tuition assistance program pays for students in rural areas with no public high school to attend another public or private school. Concerned with maintaining a strong separation between religion and government, Maine has long prohibited the use of public funds to finance religious instruction and indoctrination. Many other states have adopted similar provisions, in some instances dating back two centuries. And with good reason: Avoiding compulsory taxpayer support for religion lies at the heart of the Constitution’s religious liberty protections. In fact, James Madison, the principal author of the First Amendment, explicitly warned against taxpayer funding of religion, including religious education, because it would be the first step in allowing the government to force citizens to conform to the preferred faith of those in power.

The Supreme Court’s rulings in Carson and Kennedy lead “us to a place where separation of church and state becomes a constitutional violation.”

For these reasons, the Supreme Court has previously respected states’ ability to restrict taxpayer support for religious educational activities. Indeed, for decades, the court rejected efforts to direct government funds to religious uses. In Carson, however, six justices disregarded these longstanding, historical church-state concerns. According to the court, state funding of religious indoctrination is not only permissible, but now required in some circumstances. The Carson majority thus firmly placed the free-exercise rights of the Christian plaintiffs over the Establishment Clause rights of the broader populace.

One week later, it did the same in Kennedy v. Bremerton School District, in which the court ruled in favor of a Christian public-school football coach who prayed with his players while on duty. Ignoring well-established precedent that prohibits school officials from participating in prayer with students, the majority embraced what one lower court judge called a “deceitful narrative” spun by Kennedy and his lawyers. The court characterized the coach’s prayers as “quiet” and “personal,” but they were nothing of the sort; Coach Kennedy delivered his prayers audibly, at the 50-yard line, immediately after games, often surrounded by students.

The court said that Kennedy had abandoned any intent to pray with students, but in fact he repeatedly demanded that he be able to continue praying with his students, declaring that he was “helping these kids be better people.” The court also claimed that no students were coerced into prayer, but the record shows that at least some players joined Kennedy in prayer solely to avoid separating themselves from their team. And in any event, that misses the broader point: As the court had recognized for over a half-century, merely forcing students to choose between participating in teacher-led prayer, protesting, or avoiding certain school activities where official prayer occurs is inherently coercive and therefore unconstitutional.

Taken together, the court’s rulings in Carson and Kennedy lead “us to a place where separation of church and state becomes a constitutional violation,” as Justice Sonia Sotomayor recognized in her Carson dissent. These rulings suggest that enforcement of the Establishment Clause is somehow hostile to religion. But the opposite is true: Many people of faith, including Christians and adherents of minority faiths, strongly support the separation of church and state as a core component of religious liberty. They recognize, as did James Madison, Thomas Jefferson, and other of our nation’s founders, that religious freedom thrives best when government officials don’t tip the scales toward their favored religious beliefs.

Nevertheless, in recent years, the court has adopted an approach that would see the lines between church and state hopelessly blurred, if not eliminated altogether. The court has permitted official, nearly exclusively Christian prayer at government meetings and has allowed the government to display giant religious symbols, like a 40-foot Latin cross. The Supreme Court has also sided with those who, in the name of religion, discriminate against customers, employees, and recipients of government-funded social services. With this month’s decisions, the court has now required that government funds be diverted from a secular education program to support religious education and indoctrination and has allowed school officials to impose religion on public-school students. The ruling in Kennedy is particularly disturbing because, until now, the court has repeatedly recognized that students are impressionable, much more vulnerable to religious coercion, and, thus, deserving of the highest levels of constitutional protection. Instead, the court subverted students’ religious liberty to the religious demands of school staff.

The Carson decision could also open the door to broader government funding of religious activities more generally, and Kennedy will likely embolden government employees in other contexts to claim a similar right to promote religion while on duty, even if it infringes on the religious freedom of others. This attack on the Establishment Clause is as unwise as it is infuriating. As Justice O’Connor shrewdly observed 17 years ago, “[a]t a time when we see around the world the violent consequences of the assumption of religious authority by government … [o]ur regard for constitutional boundaries has protected us from similar travails, while allowing private religious exercise to flourish.”

She warned that “[t]hose who would renegotiate the boundaries between church and state must therefore answer a difficult question: Why would we trade a system that has served us so well for one that has served others so poorly?” It’s a question this Supreme Court majority has not deigned to answer, perhaps because there’s no good reason to abandon the separation of church and state, and every reason to ensure that it remains strong. 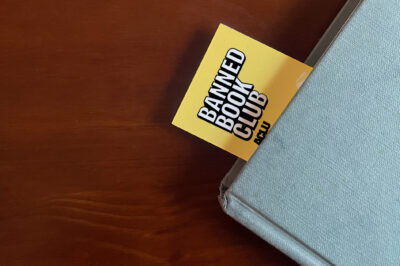