Religious Freedom Cannot Be a License to Discriminate 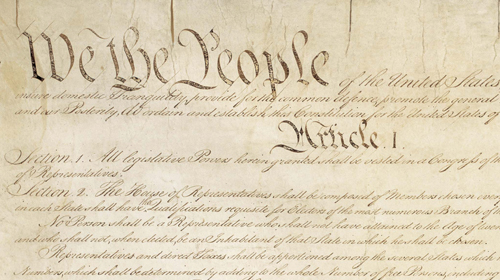 The U.S. Conference of Catholic Bishops has designated the fourteen days from June 21to July 4 as its “fortnight for freedom,” during which time the bishops will make claims, as they have in the past, that their faith, and indeed the entire state of religious liberty in this nation, is under attack. Don’t be fooled.

Certainly, the “fortnight” was designed as a publicity opportunity to highlight the bishops’ opposition to the Obama administration’s rule that would ensure that all new health insurance plans — except those held by churches and other houses of worship — would include coverage for birth control. We’ve also seen arguments from the bishops and others that religious freedom justifies publically funded agencies denying loving homes to children in foster care simply because the would-be adoptive parents are gay or lesbian; hospitals denying a woman life-saving care if it meant ending her pregnancy; contractors imposing religious restrictions on taxpayer-funded services for victims of human trafficking ; public schools allowing guidance counselors to turn away students in crisis if they disapprove of their sexual orientation ; any employer refusing to cover any health care service in their employees’ health insurance plans ; and hotels and restaurants refusing to serve same-sex couples . But we know that’s not what true religious freedom is.

Religious freedom is one of our most treasured liberties, and includes two complementary protections: the right to religious belief and expression, and protection from religious favoritism by the government. These dual protections work hand-in-hand, allowing religious liberty to thrive, safeguarding both religion and government from the undue influences of the other. This means we have the right to a government that neither promotes nor disparages religion generally, nor any faith, in particular. We have the absolute right to believe whatever we want about God, faith, and religion. We have the right to act on our religious beliefs, unless those actions harm others. True religious liberty protects the rights of all of us to practice our faith. It does not, however, give anyone, including the bishops, the right to impose their beliefs on others. It is not, in essence, a pass to discriminate.