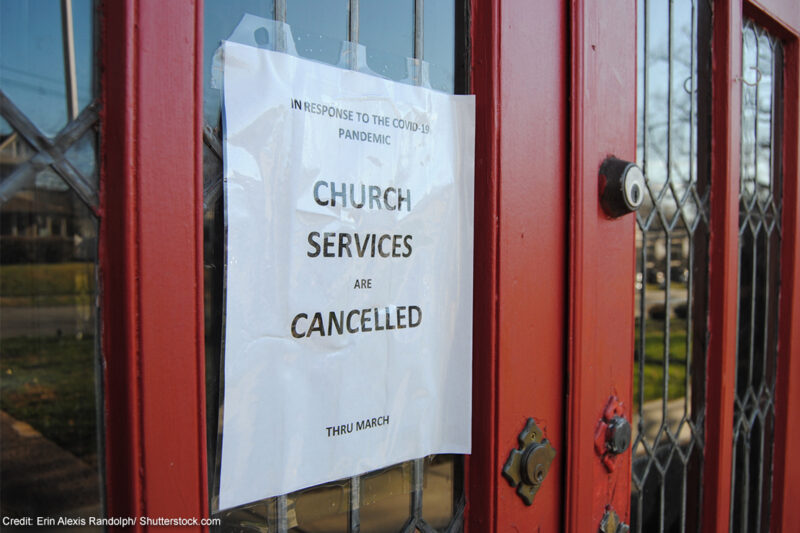 New legislation in states across the country could shield religious organizations from all civil and criminal liability.

During Arizona’s 2022 legislative session, lawmakers are considering HB 2507, a bill that is nearly identical to legislation they tried to enact in 2021 (HB 2648). Though similar to the previous bill, HB 2507 is more alarming in at least one way: Its definition of “discriminatory act” is even broader. Among other things, the 2021 legislation would have forbidden the government from imposing any fees, penalties, injunctions, or damages against a religious organization or religious corporation in connection with the organization’s exercise of religion. By comparison, under HB 2507, a “discriminatory act” is defined as any “direct or indirect act” that “adversely affects” a religious organization, including “exclusion, restriction, segregation, limitation, refusal, or denial.” In other words, religious organizations and religious corporations could claim that the bill allows them to be free from any governmental action they say adversely affects them.

Religious exemptions on steroids: That’s the only way to describe legislation being considered this week by lawmakers in Arizona, South Carolina, and Montana. Under the guise of protecting the ability to worship during emergency disasters, these bills could give religious organizations blanket immunity from all civil and criminal liability — as long as they claim to be exercising their faith while engaging in the unlawful conduct.

Granting religious organizations these broad, unprecedented, and frightening exemptions from the law could result in untold harm for states and communities across the board. For example, passing the bills would mean that:

Religious organizations would even be exempt from more mundane laws. For example, a house of worship that violates fire codes by exceeding capacity limits during religious services could not be fined or otherwise forced to comply with the law.

Exempting religious organizations from nearly every law and shielding them from civil and criminal liability — no matter the harm to others — is the type of religious preference that the U.S. Constitution forbids.

These bills don’t end there, though. Additional provisions would further undermine the separation of church and state and make the government an accomplice to discrimination. For example, the bills could prohibit the state from denying state contracts, licenses, and certifications, as well as tax exemptions based on religious organizations’ exercise of their faith. Under these provisions, the state could be required to give government contracts to groups like the KKK, which claim to be religiously based, or organizations that claim a religious right to discriminate against certain social-services beneficiaries.

The bills also mean that a state could be prevented from recovering public funds used by religious organizations for fraudulent or improper purposes, as long as the funds were used while engaging in religious activities. The state could likewise be precluded from denying a religious day care a license to operate even if the organization’s religious beliefs and practices prevent it from complying with relevant child protection laws. And the state could be forced to approve tax-exempt status for a religious charity that blatantly discriminates and refuses to hire people of color.

These religious exemptions are so unprecedented and radical that it’s not surprising that supporters are hiding them in bills that, at first glance, appear to simply address the right to hold worship services during an emergency. Throughout the pandemic, this right has been at the forefront of litigation challenging restrictions on in-person gatherings. The question has even reached the U.S. Supreme Court. The court has issued several decisions making clear that, although limits on worship services are permissible in the name of public health, the restrictions may not be more severe than those imposed on comparable secular gatherings.

Despite the Supreme Court’s affirmation that the First Amendment already protects worship services during times of crisis, longtime advocates of religious exemptions have pushed dozens of bills in state legislatures across the country purporting to safeguard the right to worship during emergency disasters, such as the pandemic. Many of these bills are deeply problematic because they exempt worship services from general emergency restrictions on in-person gatherings without any consideration of the potential harm they may cause. Other bills go even further, exempting all religious organizations in a state from any emergency restrictions or deeming their operations “essential” — again, without any regard for the danger this poses to the public and despite the fact that secular activities of comparable risk may be prohibited.

But bills like HB 2648 in Arizona, HB 3105 in South Carolina, and SB 172 in Montana take the matter to whole new, never-before-seen level. While the bills do have language relating to the ability of religious organizations to operate during emergency disasters, tucked into them are provisions that would allow religious organizations to make broad claims of civil and criminal immunity, both during a public emergency and, arguably, in non-emergency contexts as well.

Unfortunately, one state legislature, Arkansas, already enacted a similar liability shield bill last month. Hopefully, lawmakers in Arizona, Montana, South Carolina, and other states will not make the same mistake. They should recognize these bills for what they are: a Trojan horse.