The Struggle for Equal Treatment Became My Reality 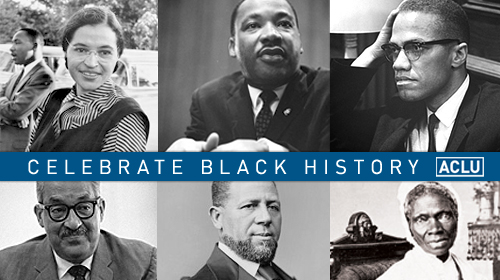 In honor of Black History Month, let’s take time to remember those who set the foundation for equal treatment for Blacks and think about our next steps to protect against the erosion of racial equality. As a child, I remember being a witness to the fight for civil rights.

Growing up in Detroit at the cusp of the civil rights movement, our house was located in the midst of an affluent Black middle class community. I was somewhat aware of racial disparities, but because my father was a founding member of the successful quartet known as The Four Tops, my life was largely removed from the racial inequities that plagued most Blacks. I traveled with the group as they performed on the “Chitlin Circuit” in venues that welcomed Black performers and audiences. Although we usually received star treatment, there were occasionally venues that did not allow us to sit with the audience or be served because we were Blacks. At home though, my maternal family was primarily Caucasian, in contrast to my father’s, so race was not a defining characteristic. In my mind, my white kindergarten teacher disliked me not because I was Black, but because I could already read.

I was both a witness to and a victim of racism, although this realization came years later.

One summer day in 1967, news spread that a riot had started outside an unlicensed bar in a “low class” or “predominantly Black” area of Detroit. That July day had started uneventfully. My siblings and I had walked a few blocks from our quiet well-manicured neighborhood to Edgewater Park, a waterfront amusement park that pre-dated Disneyland. Located on Grand River and Seven Mile Road, Edgewater Park was a favorite hangout for families and couples. People traveled from all corners of Detroit to enjoy thrill rides, corn dogs and cotton candy. With the news of the riot, Detroit, having already been twice occupied by Federal troops because of race riots, reacted quickly.

Suddenly, the police claiming a tornado alert herded me and my siblings and other unaccompanied Black children onto a bus that day. We had no idea where we were being taken. After a long ride to the inner city, we were unceremoniously dumped into the midst of the rioters. This was especially disconcerting because we had been taken miles from our home. My siblings and I walked through the pillage and somehow found our way safely, though forever changed, to an aunt’s home. For days, the violence continued with Blacks being killed or arrested disproportionately more than whites. Black neighborhoods and businesses like my aunt’s newly opened ice cream shop were decimated. Detroit took more than 20 years to recover, and the whole country suffered a tremendous blow to race relations.

After the riot, race relations became crystal-clear and the struggle for equal treatment became my reality. I realized then that our presence at glitzy steak houses was verboten and my grandmother’s insistence on sitting at the front of the bus was a bold move. We have come a long way since 1967, but as we celebrate Black history and the achievements of Blacks, let’s also learn from our past to continue to improve our future.

Rhonda Shaw is the Legislative Administrative Manager for the Washington Legislative Office of the ACLU, a position she has held for eight years.

This blog post is one of several personal testimonials written by ACLU staff members to commemorate Black History Month.