The End Racial Profiling Act: Giving Us a Way to Fight Back 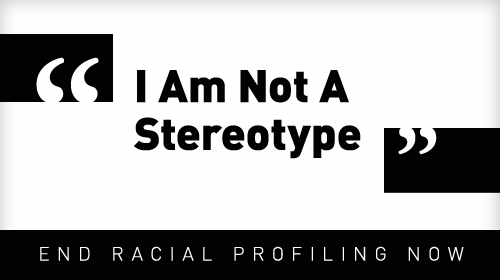 For years, members of my family, as well as my friends and acquaintances, have come to me for help with their run-ins with the police. They know I have represented many victims of racial profiling. They also know that I’m more than just a civil rights attorney — I’m someone who understands what they’ve gone through.

I may fight racial profiling in the courtroom, but I also live with it in my everyday life. Just last August, I was pulled over twice in the span of 48 hours, when I was driving from Oakland, Calif., to Philadelphia to begin my new job as executive director of the ACLU of Pennsylvania.

The trip, my first cross-country drive, was amazing. I was able to visit some national parks for the first time, such as Yosemite and Mount Rushmore, and to appreciate the beauty of our country in a way that traveling by plane does not often allow. But I was also wary, as I always am, of being stopped by the police and had been warned by friends to be especially careful in Michigan and Ohio.

Their warnings proved prescient. On the trip, I was pulled over by a Michigan state trooper. I had spotted him in my rear-view mirror and knew that I had been obeying all traffic laws, so I was not sure why he pulled me over. He didn’t seem to know why either, because when I asked, he fumbled around for a response that was unintelligible. We both knew he had no reason, so when I shared with him that I had once litigated racial profiling cases for the ACLU, he let me go.

But my triumph was short-lived. A day or two later, while driving in Ohio, I was pulled over again, this time for not coming to a complete stop in the parking lot of a fairly empty shopping center. The officer could barely contain his glee while writing me a ticket, and started asking probing questions about who I was and where I was traveling. I cut him off quickly, accepted the ticket and continued on my way. Thousands of minor traffic laws are violated every day, and most are ignored by the police. Rarely, however, do Black men receive the benefit of this discretion.

Still, I consider myself relatively lucky to be able to escape those instances with only a sense of fury and a ticket. My cousin, Ron, wasn’t so lucky.

One recent afternoon in Wilmington, Del., narcotics officers with the local police approached Ron near his home, ordered him out of his vehicle and slammed him against a truck. They threw him to the ground and two police officers held his hands and used their knees to press on his shoulders. Another officer sat on his legs, while the fourth officer kicked him. They punched him in the face. A canine unit was called to the scene to search his car, without his permission. The officers never bothered to ask Ron his name, hog-tied and arrested him and took him to the police station, where he was strip searched.

No contraband was found in Ron’s car. Ron had done nothing wrong, yet he was charged with resisting arrest and failure to stop for police sirens. There were no sirens, and turns out, the narcotics officers simply had the wrong guy, which they admitted later.

Ron, who is now in his mid-twenties, says he has been stopped by the Wilmington police approximately 20 times since he started driving at age 15. In fact, he was stopped again just weeks after this brutal incident allegedly for running a stop sign. He was let go without a ticket. Ron says that in eight of the 20 times he has been pulled over, officers had their guns drawn.

When my family and friends come to me seeking advice about how to respond to their encounters with the police, I am not always optimistic that I can help them. I’ve litigated these cases for many years, and I know that part of the problem is the very high burden of proof in racial discrimination cases.

That is why Congress needs to pass the End Racial Profiling Act, to make it easier to bring these cases. We have to have a way to fight back against those who have made it their job to target minorities for abuse or mistreatment.

This is the fifth of eight blog posts in the series “I Am Not a Stereotype: End Racial Profiling Now,” on ACLU’s Blog of Rights.

Take action. Urge your member of Congress to pass the End Racial Profiling Act, legislation sponsored by Sen. Ben Cardin (D-Md.) and Rep. John Conyers, (D-Mich.) which would, among other things, provide training to help police avoid responses based on stereotypes and unreliable assumptions about minorities.