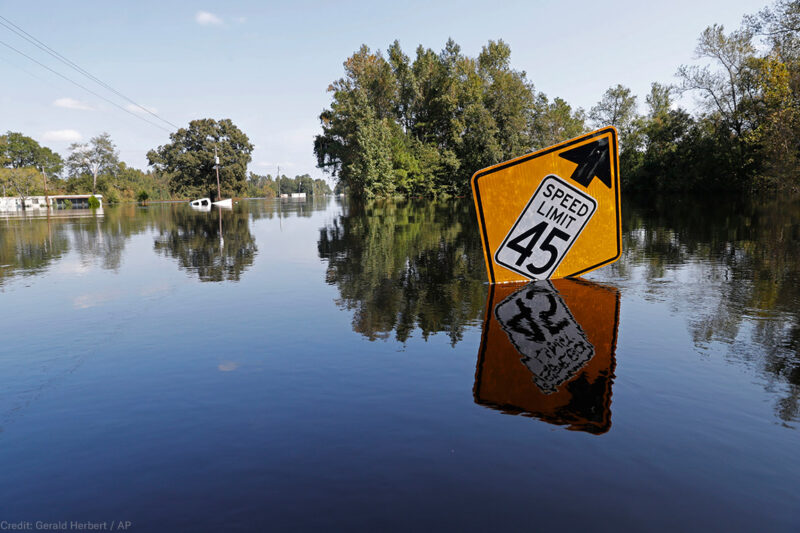 Amid rising floodwaters from Hurricane Florence in September, two women in the custody of the Horry County Sheriff’s Office were left to drown in the back of a transport van.

The facts are as straightforward as they are damning. The two deputies, Joshua Bishop and Stephen Flood, transporting Nicolette Green and Wendy Newton to a hospital for mental health treatment disregarded roadblocks indicating flooded roadways. Floodwaters quickly overtook the van, and it was soon submerged. The women remained trapped as the water filled the van’s locked compartment.

This tragic loss of life was both predictable and preventable.

The sheriff’s department fired both officers in October, and on Jan. 4, prosecutors announced criminal charges against them. This is an important step toward individual accountability for the wrongful deaths of these two women. But criminal charges alone remain an imperfect and short-sighted remedy. In order to ensure a similar tragedy never happens again, the failures that led to the deaths of Green and Newton must be identified and addressed on a systemic level.

When people are taken into custody — whether as patients receiving mental health treatment, as was the case with Green and Newton, or as immigrant detainees, pretrial detainees, or convicted prisoners — they are at the mercy of the state. Once in custody, people must depend on the state for their most basic needs: food, medical care, mental health treatment, and physical protection. The state is constitutionally obligated to meet those fundamental needs. The deputies driving Green and Newton, however, failed to meet this basic charge.

Yet when natural disasters strike, too often states disregard the needs of the most vulnerable people in their care. In the case of Green and Newton, the transporting deputies deliberately and inexplicably declined to follow the safe route mapped out for them. In other situations, officials similarly have failed to follow protective protocols designed to ensure the safety of the community, simply because the people in their care were in custody.

These are not isolated incidents, but familiar patterns that must be addressed.

More than 10 years ago, as Hurricane Katrina ravaged New Orleans, local officials abandoned prisoners, and some staff, in the Orleans Parish Prison with no electricity and chest-high floodwaters. Officials later evacuated prisoners to other facilities around the state, where many were subjected to systemic abuse and racially motivated assaults. The ACLU National Prison Project issued a scathing report, documenting the systemic failures that led to chaos and crisis. Despite post-hoc oversight and reprobation, officials in jurisdictions across the country have continued to ignore the lessons of history.

During Hurricane Florence, South Carolina implemented mandatory evacuation zones for residents in areas threatened by the storm. Even so, the state refused to evacuate a prison that sat in that evacuation zone, leaving hundreds of vulnerable prisoners in harm’s way. In the midst of Hurricane Harvey, Texas prisoners reported being forced to remain in flooded prisons filled with sewage and without adequate access to food and potable water. And during Hurricane Irma, prisoners in the St. Thomas jail endured sewage-flooded cells and inadequate food, water, and security staffing.

Emergency contingency plans, particularly in areas prone to natural disasters, should be standard procedure instead of last-minute afterthoughts. The lessons of Katrina, Florence, Harvey, and Irma should be studied and remembered. Plans of action to protect people in custody must then be implemented with the same care and detail as the plans designed to protect the general population.

Individual accountability for the deaths of Green and Newton is a step in the right direction, certainly. But officials must now also ensure they are prepared for when the inevitable strikes again.