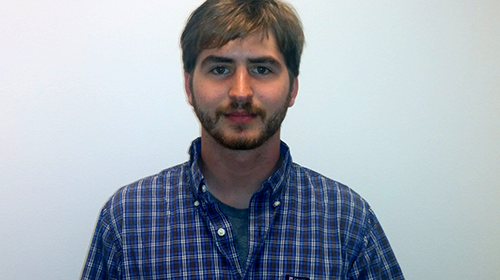 Five years ago, the Philadelphia police thought that carrying Arabic-language flashcards was enough to warrant the arrest of an innocent traveler. A settlement reached today in a lawsuit I brought against the police department makes it clear that it is not.

Travelling by plane can be a long and grueling process under the best of circumstances. This makes it a good time for monotonous tasks, like trying to iron out some vocab for a language you’re learning at college.

In August 2009, I was planning to fly through the Philadelphia airport to start my senior year at Pomona College in California. I was carrying a set of English-Arabic flashcards that I had put together for one of my classes, as well as a book critical of U.S. foreign policy (written by a former secretary of commerce under President Reagan– not exactly a radical treatise). It should go without saying that this is perfectly innocuous, First Amendment-protected activity.

Turns out, it doesn’t.

At the metal detector at airport security, Transportation Security Administration agents asked me to empty my pockets. I took the set of flashcards from my pocket and handed them to the officers. After I cleared the metal detector, they asked me to step aside for additional screening. One of them started rifling through the cards, and another took the book out of my carry-on. The minutes ticked by, and I got more confused about why I was being detained and more concerned that I would miss my flight. One of them called a supervisor.

After a half-hour delay at the security line, the supervisor showed up, and things turned from annoying to surreal. After looking at the book and flashcards, the supervisor asked me: “Do you know who did 9/11?” Taken totally aback, I answered: “Osama Bin Laden.” Then she asked me if I knew what language Osama Bin Laden spoke. “Arabic,” I replied. “So do you see why these cards are suspicious?” she finished.

Imagine going from being in line at the airport to having a TSA supervisor imply you had some connection with the worst act of terrorism ever committed against your country – all over the course of a few minutes.

She was in mid-sentence talking to me when a Philadelphia police officer appeared behind me and ordered me to put my hands behind my back. He cuffed my hands, grabbed my arms, and, in full view of the rest of the passengers, walked me through the entire Philadelphia airport and into the police substation.

No one informed me of my rights, and no one would tell me why I was being not just searched but arrested by police, when I was in violation of no law. I had never been arrested, and no one knew I was there.

It’s that attitude that is so problematic. Even after searching my luggage without probable cause of a crime and finding nothing out of the ordinary, TSA agents and the police felt they had the authority to detain and then arrest me, purely on ignorant assumptions about a language spoken by 295 million people worldwide.

That’s why this lawsuit is important: to make it clear that arbitrary arrests are illegal, even at the airport. In addition to some modest damages, the settlement we signed requires the Philadelphia Police Department to amend its policies to make this clear. As law enforcement officers, they will be periodically instructed that they have an independent duty to establish probable cause before arrest, and cannot simply clap in cuffs anyone the TSA calls suspicious.

Again, this seems like it should go without saying. Maybe now it will. I’m very grateful to the ACLU for helping me get here. And I hope the Philadelphia police have gotten the message.