A Cause for Alarm: ACLU Tells UN Panel of Rampant Abuse by Out-of-Control Border Patrol 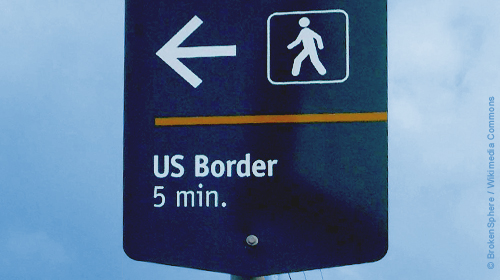 Yesterday, I provided testimony at the United Nations as part of a U.N. General Assembly side event that examined human Rights violations at international borders, including the U.S.-Mexico border. The side event, which was chaired by the U.N. High Commissioner for Human Rights and the Mexican government’s ambassador to the U.N. and was attended by representatives of numerous nations, forms part of a growing dialogue within the U.N. and international community that began in March during an expert consultation on the matter and looks to continue at the upcoming Global Forum on Migration and Development.

While you may not recognize the names of Carlos Lamadrid or Ramses Barron Torres, civil society and international outcry hopefully means you’re more likely to have heard of 15-year-old Sergio Adrián Hernández Guereca or 16-year-old Jose Antonio Elena Rodriguez, who was shot seven times in the back by a Customs and Border Protection (CBP) agent just two weeks ago. These four young men were all under 20 years of age when U.S. Customs and Border Protection officials shot and killed them. Three of them were standing on the Mexican side of our shared border as alleged participants in rock throwing incidents (which appears to justify lethal use of force under CBP policy, a position that would be unthinkable for U.S. police departments to take or if it happened on our Northern border). Two of them were shot multiple times in the back. One of them, Carlos Lamadrid, was a U.S. citizen.

Their deaths form part of a larger trend of deadly use of force incidents by CBP officials—18 to be exact—since January 2010. Of greatest concern, however, is the complete lack of transparent investigations or any form of accountability in the vast majority of these cases. As highlighted in the ACLU’s written testimony provided at the U.N. side event, the ACLU is not alone in calling for improved training and greater oversight mechanisms to bring accountability to our nation’s largest law enforcement agency currently acting with near impunity. As I explained to the U.N. and government officials yesterday,

“The frequency and regularity of CBP’s use of lethal force is alarming and demands a comprehensive, independent investigation of CBP policies and practices, as requested by members of Congress, the Inter-American Commission on Human Rights, the United Nations High Commissioner for Human Rights, and the Southern Border Communities Coalition of 60 non-governmental organizations, including the ACLU.”

Thankfully, an internal investigation announced last week and initiated by the DHS Office of Inspector General may answer some concerns regarding use of force incidents. However, it is essential that the United States launch a comprehensive external investigation in addition to this pending internal review. An administrative complaint filed by the ACLU with the Department of Homeland Security in May of this year also demonstrates that excessive use of force is only one piece of an extensive culture of abuse within CBP.

The frequency and regularity of CBP’s use of lethal force is alarming. To fulfill its human rights commitments to prohibit, prevent and punish the use of lethal force in carrying out immigration control or border patrol activities, the U.S. government should increase transparency of investigations into violent incidents, establish effective and independent oversight of Border Patrol agents, train agents to use alternative means of force and de-escalation techniques when faced with individuals throwing rocks; and cease arguing in court that victims’ survivors have no judicial remedy to recover damages from deadly-force incidents.

Finally, the establishment of a permanent external, independent oversight commission by Congress is an essential first step to ensure that 16-year-old Jose Antonio Elena Rodriguez and others killed by CBP get some measure of justice, and to prevent others needless loss of life.