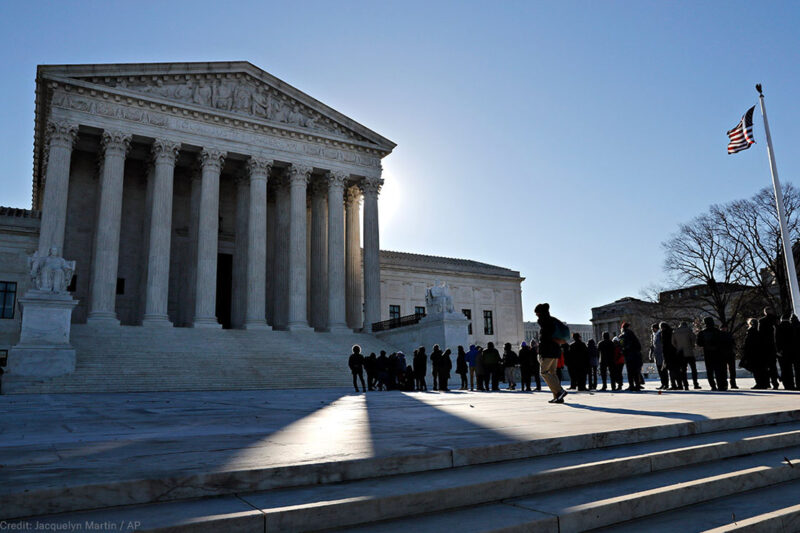 The Supreme Court should reject a license to discriminate in our child welfare system and put the needs of children first. The 440,000 children in our nation’s foster care system are counting on it.

There are currently 440,000 children in foster care across the country. And the Supreme Court has been asked to hear Fulton v. City of Philadelphia, a case that could profoundly impact all of them.

In a petition filed with the court, a taxpayer-funded foster care agency is claiming a constitutional right to exclude prospective foster families that don’t meet its religious criteria when providing public child welfare services. The ACLU and the ACLU of Pennsylvania, representing the Support Center for Child Advocates and Philadelphia Family Pride, intervened in this lawsuit.

If the court were to accept the claim of Catholic Social Services (CSS), which lower courts have rejected, as we reminded the Court last week, it would shrink the already insufficient pool of families for children in need of a loving home, undermine religious liberty, and hurt governments’ ability provide services of all kinds.

But CSS is arguing the exact opposite—and they’re using some of the following myths to support its claims.

MYTH: Faith-based foster care agencies will shut down if they are forced to accept families that do not meet their religious requirements. This will reduce services available for children.

FACT: Many faith-based foster care agencies put the interests of children first and accept all families that are able to care for them.

While some foster care agencies refuse to work with families because they are a same-sex couple, of a different faith than the agency, don’t attend church, or otherwise fail to meet the agency’s religious criteria, most faith-based foster care agencies follow professional child welfare standards and accept all qualified families.

In the many states and cities across the country that require government-contracted agencies to accept all qualified families, faith-based agencies of diverse religious traditions play an important role in providing these services.

FACT: There is a shortage of families, not agencies.

When agencies have chosen to stop providing taxpayer-funded child welfare services because they were unwilling to comply with the requirement to accept all qualified families, other agencies, including faith-based agencies, have stepped in to provide those services.

There is no shortage of foster care agencies; there is a shortage of families, and allowing agencies to turn away qualified families based on religious criteria only makes it worse.

MYTH: There’s no harm in allowing some agencies to discriminate because families that are turned away can just go to another agency.

FACT: The children cannot “just go to another agency.”

Children in an agency’s care don’t have a choice about which agency cares for them. A five year old can’t raise their hand and say “please transfer me to an agency that will find a family for me based on my needs, not their religious beliefs.”

In Michigan, an agency would not place a child with his two siblings because their foster parents were a same-sex couple. When agencies take tax dollars to provide government services for children, the needs of the children must come first.

Even if other agencies nearby don’t discriminate — which isn’t always the case — when families are rejected for reasons having nothing to do with their ability to care for a child, they may not keep knocking on doors and risk further humiliation. Navigating a system that permits discrimination can be a barrier that prevents families from ever coming forward.

FACT: Allowing the use of religious tests for participation in a government program undermines religious freedom.

Until last year, CSS excluded families that were unable to provide a pastor’s letter confirming their religious observance. We know other agencies exclude families because they are Catholic, Jewish or otherwise do not share the agency’s faith.

Allowing taxpayer-funded agencies to restrict eligibility based on religious beliefs would expose members of minority faith communities to the risk of exclusion from government programs and deny them full participation in American life.

MYTH: Faith-based agencies have a right to government contract on their own terms.

FACT: Taxpayer-funded government contractors do not have a right to dictate how government services are provided.

Philadelphia, like many cities and states, prohibits government-contracted foster care agencies from discriminating against qualified families. If organizations providing government services under public contracts have a right to opt out of contract requirements that conflict with their religious beliefs, it would seriously affect how government services are provided.

Seventeen states and D.C. weighed in earlier in this case to explain that what CSS is asking for would seriously affect how government services are delivered.

“The implication of the ruling that [CSS] seek[s] is that the private organizations that provide [child welfare] services should be able to tailor contractual requirements based on religious belief to serve only those they choose in the particular manner that they choose. Such a framework would at a minimum hinder, and potentially preclude altogether, government agencies’ reliance on contractors to deliver services mandated by state law and policy to be provided to all who qualify for them.”

The Supreme Court should reject a license to discriminate in our child welfare system and put the needs of children first. The 440,000 children in our nation’s foster care system are counting on it.