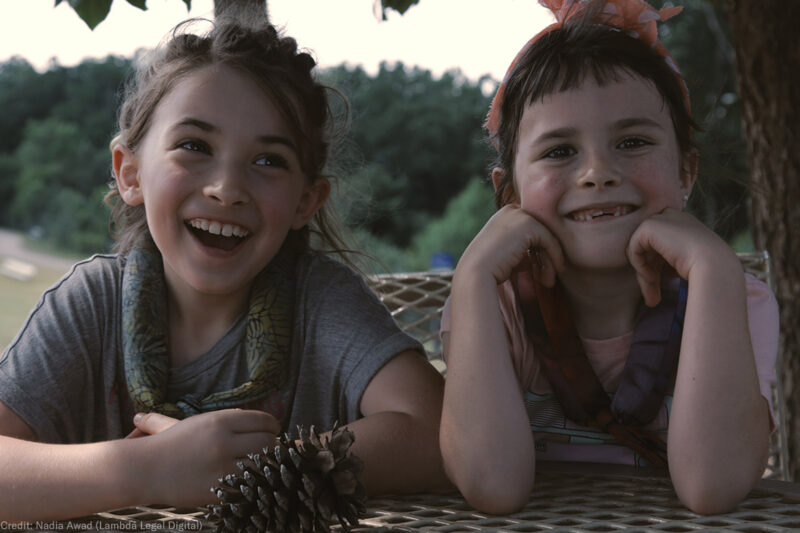 Last week, while the Department of Health and Human Services was rolling-back Obama administration protections for transgender people, it was reported that HHS is also preparing to issue a nationwide rule that would allow for discrimination against same-sex couples seeking to open their hearts and homes to children in the foster care system.

While we don’t yet know what form this rule will take, one thing is clear: It will be bad for the over 440,000 children in government care in need of loving families.

We’re not waiting for the Trump administration to drop this rule, which would go against long-standing best practices supported by every major child welfare organization and former foster youth. Today we filed a lawsuit against HHS — as well as the state of South Carolina — based on action they took to allow foster care agencies in South Carolina to turn away prospective families for children based on religious eligibility criteria that exclude same-sex couples, among others.

Miracle Hill Ministries is the largest taxpayer-funded, state-contracted foster care agency in South Carolina. It accepts only foster parents who meet its religious criteria, which exclude families that do not adhere to Miracle Hill’s evangelical Protestant Christian beliefs and families headed by same-sex couples regardless of their faith.

Because a federal regulation bars discrimination in federally funded child welfare programs, South Carolina Gov. Henry McMaster asked Trump’s HHS for a waiver from the regulation. They obliged. As a result, Miracle Hill has been given a license to discriminate.

One of the families turned away by Miracle Hill is Eden Rogers and Brandy Welch’s family. Eden and Brandy, who have been married since 2015, are raising two young children. Due to family challenges, Eden helped raise her siblings. That experience inspired Eden to become a foster parent. To prepare to welcome more children into their family, they recently moved into a larger home.

Eden and Brandy reached out to Miracle Hill, the primary agency serving the Greenville area where they live. They mentioned they were a same-sex couple and were repeatedly told that Miracle Hill was a Christian agency that follows Christian values and that they would need to submit the online application form. They submitted the form, which asked them to identify their church. They received a response from Miracle Hill, rejecting their application, stating that as members of the Unitarian Universalist Church, their faith “does not align with traditional Christian doctrine.” Miracle Hill’s doctrinal statement also requires families to believe that “God’s design for marriage is the legal joining of one man and one woman,” effectively disqualifying married same-sex couples.

The children in the South Carolina’s foster care system can’t afford to lose out on families like Eden and Brandy’s.

Giving states like South Carolina the green light to allow discrimination in the public child welfare system only adds to the shortage of families willing to foster or adopt a child in state custody. Families who are rejected by an agency because of their faith or sexual orientation may not have other options in their area. Even if they do, the sting and humiliation of discrimination may deter some from approaching other agencies to possibly face more discrimination. When families are deterred from fostering, this means that more children will be placed in group homes, separated from siblings, and age out of foster care without ever being adopted.

While these policies are offered in the name of religious liberty, it is the opposite of religious liberty to allow agencies acting on behalf of the state to exclude people from participating in a government program because they are of the “wrong religion” or otherwise fail a religious test. For this reason, leaders from diverse faith communities have strongly opposed such policies.

Rolling back nondiscrimination provisions in child welfare won’t just be devastating for LGBTQ people and minority faith communities. The Trump administration’s agenda will ultimately cause the most harm to children in foster care who are in need of a loving home.