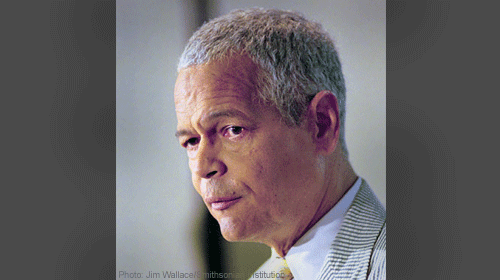 The following piece originally ran on Politico on June 12, 2013.

By the mid-1960s, the civil rights movement had made significant cultural, legal and political progress in advancing the cause of racial justice and equality under the law — a struggle that continues to this very day. This was a rapidly evolving, heady time in American history.

It was a time when individual men, women and, yes, children came together to literally bend the moral arc of their nation in the direction of justice.

In our current day, we have approached a very similar point in the struggle for basic fairness and equality under the law for our lesbian, gay, bisexual and transgender brothers and sisters. The incredible progress this community has made over the past four decades is remarkable on many levels and is a testament to what is possible when everyday people come together to make real the promise of America.

Today, gay and lesbian people are widely visible in popular culture, increasing numbers of elected officials are “coming out” in support of fairness and equal treatment, and landmark cases related to marriage for same-sex couples are pending at the Supreme Court. This barrier is even starting to be broken in professional sports.

We did not arrive at this point by happenstance. It took a great deal of courage and decades of advocacy and activism on the part of many.

However, as LGBT people have gained greater equality under the law, we are hearing similar objections to the ones I heard in response to the civil rights gains of African-Americans in the 1960s. We hear people asking for exemptions from laws — laws that prohibit discrimination — on the ground that complying would violate their religious beliefs.

I heard this argument in Maryland last year when working to secure the freedom to marry for committed and loving same-sex couples. And now we are hearing it in Congress with respect to the Employment Non-Discrimination Act, critical federal legislation introduced in Congress in April that would prohibit employment discrimination based on sexual orientation and gender identity in most American workplaces.

ENDA follows in the mold of life-changing civil rights laws that, for decades, have prohibited employment discrimination based on race, sex, national origin, age and disability. However, there are some who feel that ENDA must allow religiously affiliated organizations — far beyond churches, synagogues and mosques — to engage in employment discrimination against LGBT people.

We haven’t accepted this in the past, and we must not today. In response to the historic gains of the civil rights movement in the 1960s, opponents argued that their religious beliefs prohibited integration. To be true to their religious beliefs, they argued, they couldn’t serve African-Americans in their restaurants or accept interracial marriages.

Indeed, during consideration of the landmark Civil Rights Act in 1964 (and again in 1972), there were attempts to provide religious organizations with a blank check to engage in discrimination in hiring on the basis of race, sex and national origin — like the one now proposed for ENDA — and both times we said no to those efforts. We weren’t willing to compromise on equality. We weren’t willing to say that African-Americans were only mostly equal. Today’s struggles are similar in that we shouldn’t accept only partial equality for LGBT people.

Let me be clear. Religious liberty is one of our most cherished values.

It guarantees all of us the freedom to hold any belief we choose and the right to act on our religious beliefs. But it does not allow us to harm or discriminate against others. Religious liberty, contrary to what opponents of racial equality argued then and LGBT equality argue now, is not a license to use religion to discriminate.

Today, discrimination against individuals based on their race, sex, national origin, age or disability is almost universally viewed as unacceptable. That is because people of goodwill came together to make it so. At this critical moment in history, we should also come together to make clear that our LGBT brothers and sisters deserve full equality under the law, not just 80 percent. I believe in America’s promise of equality under the law for all. I hope that Americans from across the political spectrum will stand with me.

Julian Bond is chairman emeritus of the NAACP and a professor at American University.