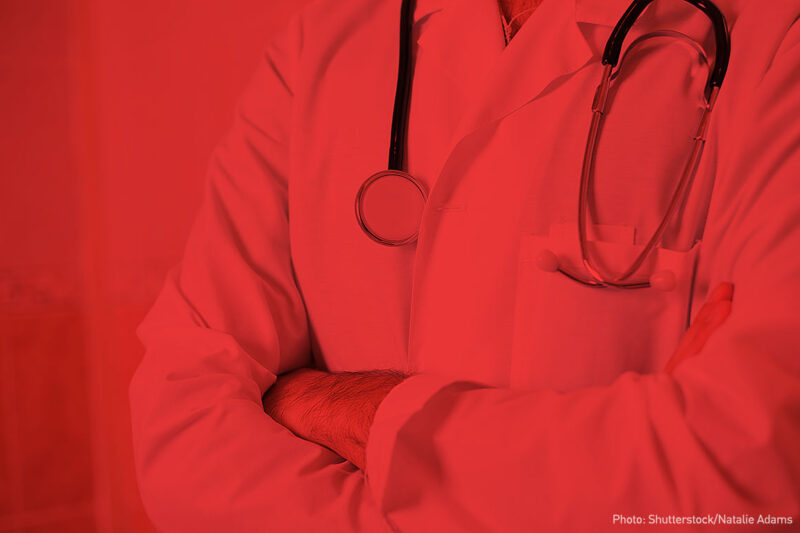 On September 16, ACLU filed a motion to intervene in Franciscan Alliance v. Burwell on behalf of the ACLU of Texas and the River City Gender Alliance. In this three-part blog series, we examine why this case matters from a transgender rights, reproductive rights, and religious freedom perspective.

Yet again, opponents of critical civil rights measures are trying to turn back the clock and undo important equality gains under the guise of religious liberty. This time, the main targets are transgender people seeking health care and women seeking reproductive health care. But while the details may change, the underlying principle doesn’t: Religious freedom is an essential right, but it shouldn’t be a license to discriminate.

The latest civil rights assault comes in a new lawsuit filed in Texas by five states and several religiously affiliated health care organizations, Franciscan Alliance v. Burwell. The groups are challenging a federal regulation implementing Section 1557 of the Affordable Care Act, which bars insurance companies and health care providers from discriminating on the basis of race, national origin, sex, age, or disability. Among other things, the regulation clarifies that health care institutions can’t discriminate against transgender people or deny them insurance coverage or medically necessary health services. It also clarifies that sex discrimination includes discrimination based on pregnancy and termination of pregnancy. This week, we joined the case to help defend the regulation against baseless attacks that would distort, and ultimately undermine, true religious liberty.

Battles over rights of conscience in the U.S. are hardly new. Since the founding of the nation, we’ve struggled to realize our deep, abiding commitment to religious freedom. Our country has made great strides to ensure that religious liberty can thrive, without governmental interference or favoritism. The right to practice one’s faith, or to follow no faith at all, remains among our most precious, zealously guarded freedoms. Along those lines, we at the ACLU have been working for nearly a century to secure the right to religious exercise and expression. Just last month, for example, we went to court in Alabama to protect a devout Christian woman’s right to wear her religious garb in a driver’s license photo.

But time and again, our society has rejected efforts to transform religious freedom from a shield into a sword to attack the rights and well-being of others. In the past, when employers insisted on a religious right to pay women workers less than men, based on a biblical view of husbands as heads of the household; when restaurant owners invoked their faith to refuse to serve African-American customers; or, more recently, when county clerks sought to deny eligible same-sex couples the right to marry; the courts have said no, recognizing that religious liberty doesn’t confer an unfettered right to discriminate against the underserved and vulnerable.

The answer should be the same in the Texas case.

And the stakes here are enormous. The organizations and states involved run a vast array of hospitals and health care facilities, and they employ hundreds of thousands of health care workers. By its own account, one of the plaintiffs in the new lawsuit, a large Catholic-affiliated hospital system, gets about $900 million annually from the federal government in Medicare and Medicaid reimbursements, performs four million outpatient services, and treats more than 80,000 inpatients every year. In these circumstances, allowing discrimination against trans people — or against women seeking reproductive health care— would have far-reaching, potentially devastating consequences.

While religious liberty deserves ample breathing room to flourish, it’s not a blanket excuse for smothering the rights of others. Hopefully, when the dust settles in the misguided lawsuit in Texas, that basic ideal will prevail once more.