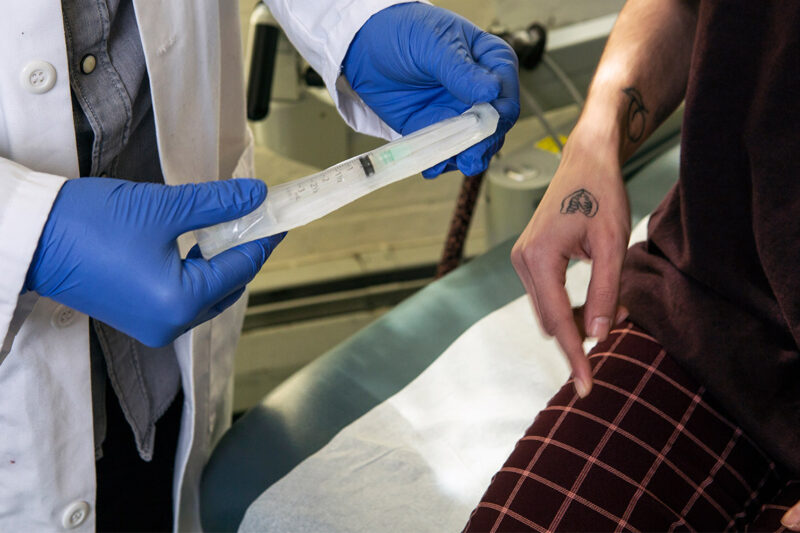 The Trump Administration has shown it will stop at nothing to undermine access to health care for marginalized communities. Most recently, the Administration has proposed to undermine critical protections against sex discrimination in Section 1557 of the Affordable Care Act, the Health Care Rights Law. Instead of combatting discrimination in accessing health care and insurance coverage, the Administration is looking for any opportunity to weaken the Health Care Rights Law’s protections, which have been life saving for many transgender and non-binary people.

Under the Trump Administration, the Department of Health and Human Services (HHS) has abandoned its duty to fight against discrimination in health care. It stopped defending existing regulations in a lawsuit attacking protections for transgender individuals and people who have obtained abortions. HHS then turned around and cited that very lawsuit as a reason for changing the regulations. But HHS cannot use its failure to defend current protections as a reason to gut them.

Case after case has confirmed that transgender people are protected under the Health Care Rights Law—and that is something the Administration cannot change even if this rule is finalized.

This isn’t just about definitions, though. This rule is yet another attempt by the Trump administration to undermine our nation’s antidiscrimination laws. The proposed rule would also: eliminate protections ensuring that people who have limited English proficiency are aware of their health care rights; narrow the list of health insurance providers covered by the Health Care Rights Law and prohibited from discriminating based on race, national origin, age, disability, or sex; and give religiously-affiliated health care institutions a broad license to discriminate on the basis of sex.

The proposed rule continues the Trump Administration’s mission to undermine access to health care for marginalized communities. So far they want to deprive people of coverage for contraceptives, decimate family planning services, dramatically expand the ability of health care institutions and workers to refuse to provide medical services, and penalize access to health care by immigrant women and children.

Despite these attacks by the Trump Administration we will continue to fight to ensure equal access to health care and coverage, free from discriminatory treatment or denials. For all these reasons, tens of thousands of people are telling HHS to abandon the proposed rule, and to keep the current Health Care Rights Law regulations in place – and I hope you join us in doing so.