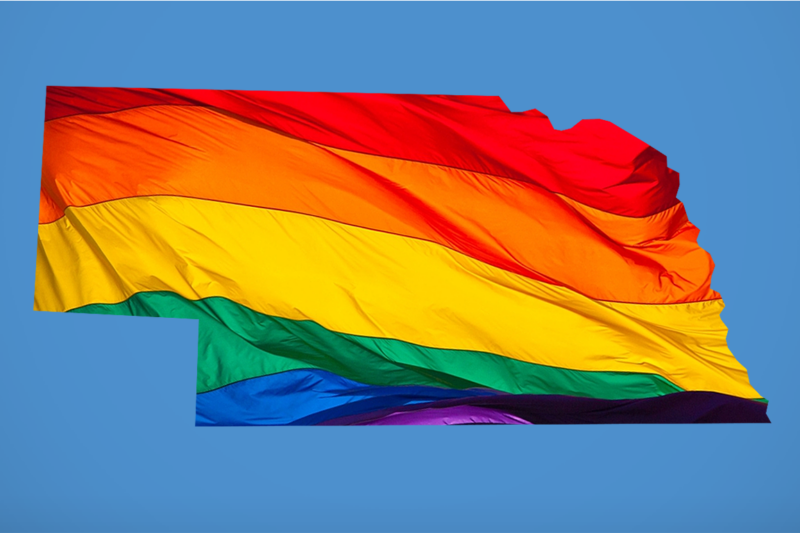 Nebraska recently made national headlines when someone filed a lawsuit here against all “homosexuals.” While this lawsuit is clearly bunk and has already been dismissed, as a Nebraskan who is fighting for equal treatment of LGBT people in my home state, I would be remiss if I didn’t use this as an opportunity to share the stories of those who are fighting alongside us.

There was a time I didn’t know how my fellow Nebraskans felt about my marriage, or maybe didn’t want to know. I was nervous to tell my neighbors in Norfolk that my wife Crystal and I were plaintiffs in a lawsuit seeking to have our marriage recognized by the state. (The suit has been put on hold until the Supreme Court rules in marriage cases pending before it, which is expected in June). We decided to join the lawsuit because the state’s refusal to recognize the marriages of same-sex couples causes serious hardship to our family and many other Nebraska families. 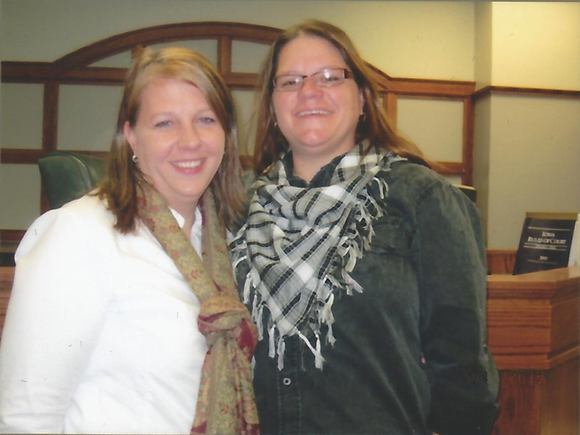 The state of Nebraska’s disregard of our marriage meant that Crystal, who served as a Navy corpsman deployed with the Marines to Iraq, was denied a Veterans Administration home loan available to other married veterans, and my daughter is denied college tuition assistance provided to step-children of veterans. For one of my fellow plaintiffs, the marriage exclusion means that she has to face stage IV breast cancer with the added stress of knowing that after she passes, her wife and children may not be able to remain in the family home because her wife will be denied important financial protections afforded to widows. For another plaintiff couple, the non-recognition of their marriage means their young daughter can have legal ties to only one of her two parents.

I am reminded almost daily of the values and morals that being a Midwesterner carries. The respect and compassion shown by so many reminds me why I call Norfolk home: We all believe in hard work, family, community, neighbors, and standing up for what is right. Freedoms are guaranteed by the blood, sweat, and tears of military members here at home and abroad. The same blood that Crystal, as a corpsman, wore on her hands trying to send those men and women home. It became my duty to stand up and say, “No more … no less … just equal.”

Because we knew we needed to do something to put an end to this harmful treatment, we became part of the lawsuit despite what we expected to be whispered in the supermarket. But contrary to our expectations, the response in our community has been fully supportive. We’ve been met with respect and understanding, even when someone has said they disagree.

Take my coworker. He told me that he and his wife consider themselves strong Christians and have been following the case closely because it made both of them think about where they stood on the issue. I braced myself for a negative comment. Instead he said, “It is my job as a Christian to show God’s love and not judge. The people denying rights are not showing the love of God and continuing to do so is not forward progress and not Christian love.” He then thanked me for opening his eyes and helping him realize why he needed to take a stand.

There are many more people like my coworker than the filer of the bizarre lawsuit against all “homosexuals.” Over 3,000 of my fellow Nebraskans have signed a petition asking our state to end discriminatory policies in our workplaces and schools and in our healthcare and foster care systems. We just need our laws to catch up. And we believe soon enough they will because of the love and support we feel every day in our communities.