I’m Still Banned From Being a Boy Scout Leader 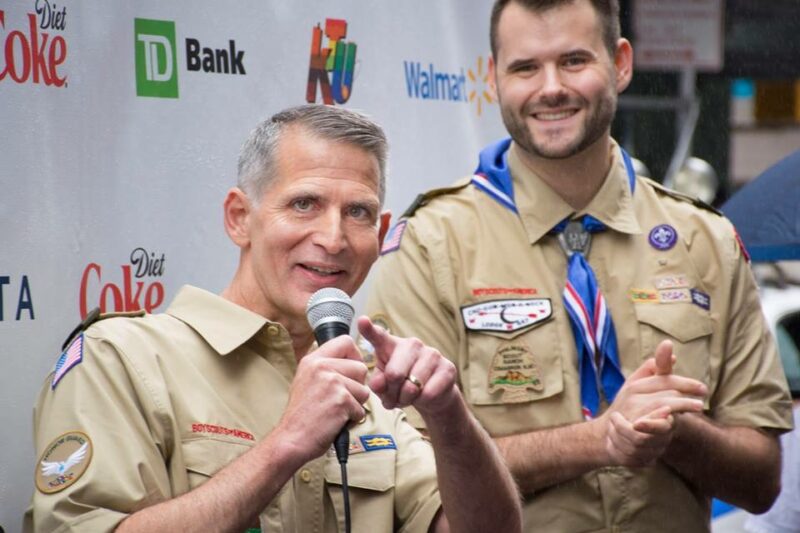 Three years ago, I was forced to do something unfair. I had to resign my position as assistant scoutmaster at my son’s Scout troop when the local Boy Scouts of America council learned that I was openly gay. After eight years of involvement with the unit, including six years as a fully trained and registered leader with an unblemished scouting record, I was forced out in 2012 despite the support of my troop and church, which sponsors our unit.

In the three years that followed, I fought with many others to change the national Boy Scout of America policy banning gay Scouts and leaders. Finally, three weeks ago the BSA removed its ban on openly gay leaders, which I believed would finally allow me to rejoin my son’s Scout troop. Unfortunately, the BSA made one compromise when changing its policy that allows individual sponsoring units the option of establishing their own policies consistent with their religious principles. This opened wide the door for church-sponsored discrimination, and sadly the Archdiocese of Louisville decided to kick me right through that door.

Last week my pastor reluctantly gave me the news that the Archdiocese of Louisville informed him that I would not be allowed to rejoin the Scout troop at my church. Since the new BSA policy went into effect, the Archdiocese of Louisville is the only religious-based entity to my knowledge that has taken a formal stand and implemented this ban on openly gay Scout leaders.

My husband and I have been together for 33 years and legally married 11 years. We were also represented by the ACLU as the named plaintiffs in the Bourke vs. Beshear marriage equality lawsuit from Kentucky, which was ruled on by the U.S. Supreme Court in June. Not surprisingly, the same Archbishop Kurtz who continues to ban me from my son’s Scout troop also bitterly opposed the ruling as the president of the U.S. Conference of Catholic Bishops.

My husband and I have been active members of Our Lady of Lourdes Catholic Church in Louisville for 28 years, having served in a variety of ministries, including parish council, worship committee, communion ministry, Boy Scout Leaders, and much more. Our two adopted children also attended the church school from 2002 through 2013, and they now attend Catholic high school in Louisville. As lifelong practicing Catholics, my family is troubled by this unnecessary church-sponsored antigay discrimination. My fellow parishioners are also quite disturbed by this newly imposed ban that prevents me from returning to service.

In establishing this ban, Archbishop Kurtz has set a precedent that I pray will not be followed by other Catholic dioceses throughout our country. Please join me in encouraging him to drop this ban now before any other people are harmed by these actions.