I Swore to Protect and Help My Country, but Sometimes Helping Your Country Doesn’t Mean Fighting a War 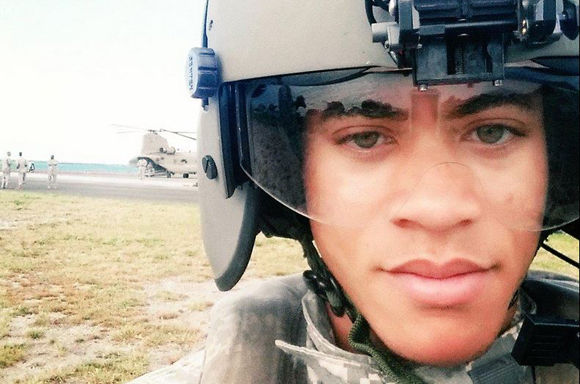 The Pentagon announced this month that the military will work on a policy that allows transgender soldiers to serve openly. ACLU client Shane Ortega, a transgender solider, gives his thoughts on what this policy means.

I’m still processing the news about the policy change. Even though this is obviously really good news, I’m concerned about what happens from here. I think implementation is absolutely capable of being done. But this is a no-fail mission. We can’t just measure twice and cut once. We need to measure six times and then cut.

I’ve been involved in LGBT activism for a long time. My mom is a lesbian and served under “don’t ask, don’t tell” for 27 years. I grew up in a gender nonconforming environment, so my gender identity wasn’t a big issue. When I joined the military, I thought the policy that trans people could not serve was unfair. I’m a nerd and Googled about policies in 19 other countries. I read about the history of Canada, Britain, Australia, and Israel, where transgender people have been allowed to serve openly for years.

When I found this out, I thought: “Why isn’t America allowing us to serve openly, and how do we change this?” I decided to be a quiet professional and work with the system. I felt that it was better to help educate people and meet them where they are. I put my faith in the chain of command, and I utilized it. I knew if I did, I would allow them to exercise their humanity. My faith was not misplaced.

Since I was in The Washington Post, I’ve heard from a lot of transgender people serving or who want to. I either get really positive letters that detail how this has allowed open dialogue to command. On the flipside I also receive some letters about how they feel invalidated, ignored and isolated. It’s hard to be this visible and you never realize how tough it’s going to be. I knew what I was doing came with a heavy responsibility to my fellow service members and our nation. I would never take the lives of others lightly, but I knew that I could take on this task and stay the path. My personal quote I live by is “I’ve survived every bad day in the history of my life.”

The history of trans military personnel is sometimes very sad. I thought that if I am vocal about these things, maybe I can help people. From what I saw at the time there was no one speaking the clear realities openly and candidly. I swore to protect and help my countrymen. Sometimes helping your country doesn’t mean fighting a war; it means speaking up and out. I know that transgender equality in the military will, in fact, affect transgender equality in America. You can’t say transgender soldiers or veteran who served their country honorably can’t use the right bathroom or shouldn’t have job discrimination protections.

At the end of the day, all people are entitled to dignity and respect. The world needs to exercise more compassion, or we are going to eat each other alive.