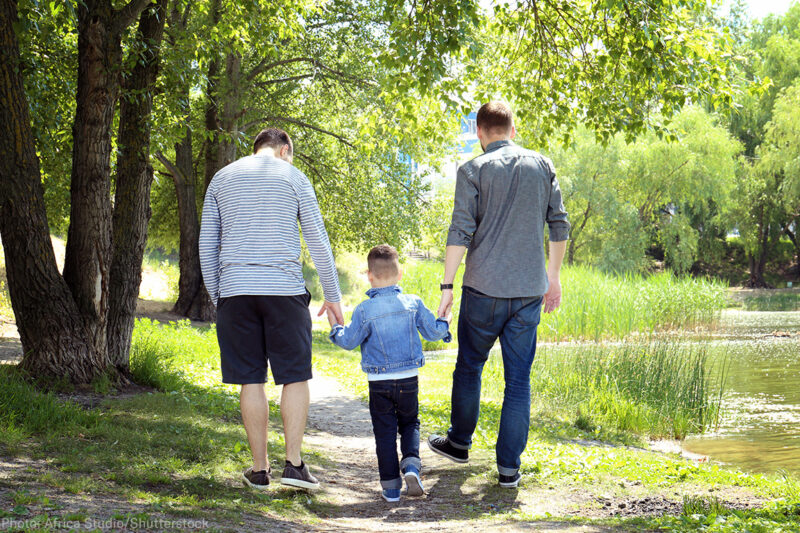 Kellie spent some of her formative years in foster care. The experience led her to become a child welfare professional, who tries to find stability for children in Kansas. She knows personally that what young people in foster care need more than anything are loving homes where they can feel safe, which is why she opposes bills that allow agencies to turn away good parents simply because of who they are.

Yesterday, Oklahoma and Kansas became the first states in 2018 to pass laws targeting LGBT people. These bills would allow child welfare agencies that receive taxpayer dollars to use religious screening tests when approving prospective foster and adoptive families. Families could be turned away — regardless of their qualifications and regardless of the needs of the children — if they don’t meet the agency’s religious criteria.

While the bills do not explicitly mention LGBT people or same-sex couples, they permit any religious-based discrimination in order to achieve that end. That means people who don’t share an agency’s faith, single people, and many others could be turned away from providing young people a loving home. And it also means that more kids will be denied the ability to find their forever homes, like Lupe, who searched for years to find a home until she found her two dads in Oklahoma.

These bills are part of a broader effort by opponents of LGBT equality to use religious freedom arguments to establish a license to discriminate against LGBT people. But what makes these anti-LGBT bills especially pernicious is that the ones who bear the brunt of such laws are the children in the state foster care system, who lose out on families that they desperately need.

Laws like SB 1140 in Oklahoma and SB248 in Kansas are not only terrible policy — they are also unconstitutional.

The Establishment Clause of the First Amendment prohibits all government entities from using religious-eligibility criteria in government programs. This is true whether the program is carried out by state employees or private agencies contracted by the state to do its work. While states are free to contract with religiously affiliated organizations in providing child welfare services, they may not permit those agencies to screen out families based on religious criteria in violation of the Constitution. For this reason, the ACLU has sued the state of Michigan for allowing religious-based exclusions of same-sex couples.

Supporters of bills like this one say no one is harmed because same-sex couples interested in adopting or fostering can find agencies that will accept them. Even if that were true, this ignores the people the child welfare system is meant to serve — children. A five year old can’t raise her hand and say, “Please transfer me to an agency that will choose a family for me based on my needs, not theirs.”

Supporters also say that if we don’t allow agencies to use religious screening, we won’t have enough agencies to recruit families for children. This claim has no basis in reality. Other states, such as Massachusetts and Illinois, have found that after requiring child welfare agencies to accept all qualified families — including same-sex couples — there were plenty of agencies available to take on the work of those agencies that dropped out. The problem isn’t a shortage of agencies; it’s a shortage of families. Allowing agencies to cast aside qualified families only makes matters worse for children in need of a home.

The reality: children will suffer if these bills are signed. Here are just a few things that could happen.

An agency could refuse to place a child with a relative because that relative is gay. A child with medical needs could lose out on being placed with a doctor who is able to care for her because the doctor is of a different faith than the agency and, thus, have to remain in institutional care. A large sibling group could be separated because the one family willing and able to care for all of them didn’t pass a religious litmus test.

For these reasons, every major professional organization dedicated to children’s health and welfare in this country has strongly opposed these kinds of bills. Their opposition is echoed by numerous faith leaders, whose faith compels them to oppose policies that will make it harder for children to find the families they desperately need. Faith leaders also recognize that these bills can impact people of faith, who may be turned away from an agency because they don’t share the agency’s faith.

These bills also face significant opposition from the business community. In states that are trying to be pro-business and pro-economic growth, businesses understand that anti-gay laws like these undermine these goals.

Gov. Mary Fallin in Oklahoma and Gov. Jeff Colyer in Kansas should veto these bills. They’re unconstitutional, unconscionable, and undermine the very purpose of the child welfare system — giving kids the loving homes they deserve.