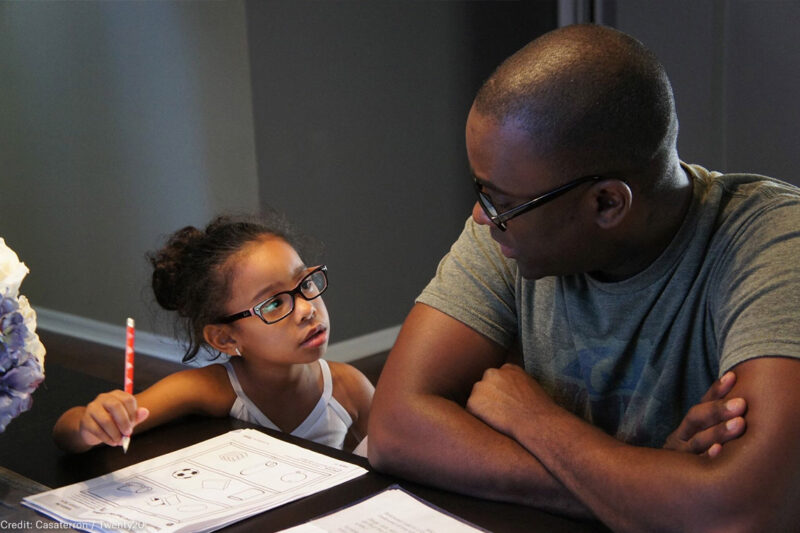 On Tuesday, a federal appeals court will hear oral argument in Fulton v. City of Philadelphia, a case of great concern to advocates for children in foster care, the LGBTQ community, faith leaders, and states that are committed to ensuring non-discrimination in government programs. The ACLU is arguing in court for the Support Center for Child Advocates and Philadelphia Family Pride, who have intervened in this case to advocate on behalf of children in the foster care system in Philadelphia and families headed by same-sex couples who seek to care for them.

In this case, a foster care agency — Catholic Social Services (CSS) — is asking the court to force the city of Philadelphia to enter into a taxpayer-funded contract with the agency to provide public child welfare services, despite CSS’s unwillingness to comply with the city’s non-discrimination requirement that applies to all agencies.

Philadelphia, like many states and cities across the country, insists that the agencies it hires to find families for children in foster care accept all qualified families. The city prohibits discrimination based on race, religion, sexual orientation, and other characteristics unrelated to the ability to care for a child.

CSS says that because it has a religious objection to certifying families headed by same-sex couples, it has a constitutional right to a contract with the city, even though it refuses to comply with its non-discrimination requirement.

The district court rejected CSS’s claim. There is simply no support in the law for the remarkable contention that the right to free exercise of religion entitles an organization to get a government contract to provide a government service — and then alter the contract and the government service to accord with its religious beliefs. Philadelphia is not required to permit contracted agencies to impose a religious litmus test on foster families and deny children access to good families they desperately need. In fact, allowing religious standards to govern eligibility for a government program is what violates the Establishment Clause.

CSS’s position is not only legally baseless, but flies in the face of long-standing child welfare standards. Governments are obligated to take care of children they have removed from their families because they could not remain safely at home. The evaluation of prospective foster families to care for these children must be based on one thing alone — the interests of the children — not the interests of agencies the government hires to care for them. Casting aside families for failure to meet a religious test undermines the interests of children in need of families.

CSS argues that there is no harm if it discriminates because there are other agencies that don’t. We don’t know how many agencies would discriminate against same-sex couples — or others — if Philadelphia were forced to allow it. Regardless, this argument ignores how discrimination impacts individuals and communities. The availability of other venues that would serve you has never been a basis to permit discrimination in this country; ultimately obtaining service elsewhere does not erase the humiliation and degradation of being turned away simply because of who you are.

If Philadelphia were required to authorize discrimination against same-sex couples in its public child welfare system, same-sex couples interested in welcoming a child in need would know that coming forward comes with a real risk of being subjected to discrimination. When, for example, Samantha Hutcherson Bannon and her wife were turned away by another Philadelphia foster care agency — an agency that has subsequently agreed to accept all qualified families — the fear of a repeat of such humiliation caused them to give up on fostering. The city and its children cannot afford such a deterrent from participation in fostering.

If CSS’s extraordinary claim were accepted, the consequences would not be limited to discrimination against same-sex couples or the child welfare system. Governments would have to permit foster care agencies and all contractors providing government services to discriminate against participants because of their faith, race, or anything else if based on the agency’s religious beliefs. Contractors would be able to opt out of any other contract requirement that they believe to be in conflict with their faith — for example, refusing to provide medical treatment to children in their care when they are sick or injured, or subjecting children to corporal punishment that violates state child abuse laws. Religiously-affiliated government contractors would effectively have the right to dictate how public child welfare services and countless other government programs operate.

These impacts have resulted in an outpouring of support for the city. Child welfare advocates, a broad array of faith leaders, 17 states and the District of Columbia, and others have submitted compelling briefs to the court explaining the staggering consequences of CSS’s arguments.

This case is part of a broader strategy of opponents of LGBTQ equality using religious freedom arguments to establish a license to discriminate against LGBTQ people. This coordinated strategy has already caused harm to people across the country — but it is especially pernicious when it falls on the backs of vulnerable children.