The Verdict is Out: Why States Are Already Shifting Away from Alabama and Arizona's Failed Anti-Immigrant Experiment 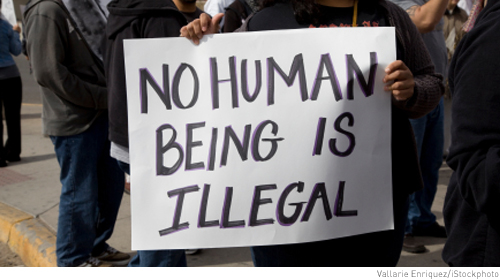 On March 1, a federal Appeals Court in Atlanta will consider the constitutionality of anti-immigrant laws passed last year in Georgia and Alabama. And as with April’s Supreme Court consideration of Arizona’s “show me your papers” law, the legal stakes are high and the rulings much-anticipated. But in a sense, the verdict is already out. Constitutional questions aside, these laws are increasingly viewed as a failed experiment exacting intolerable human tolls, alarming economic costs and genuine political risks.

Last year, two dozen states considered “show me your papers” laws inspired by Arizona’s S.B. 1070. Five states enacted similar laws, and for a moment, momentum appeared to surge in their favor. With nearly every one of this year’s state legislative sessions now underway, it is clear that a shift is occurring. In state after state, legislatures that had vowed to adopt sweeping new immigration restrictions are now taking pause. What happened?

First, in Alabama, the one state where courts have allowed a broad set of novel restrictions to go into effect, a humanitarian and civil liberties crisis has ensued. Terrified parents have kept their children out of school to avoid the threat of immigration queries. Families have lost their water service because they lacked government-issued ID. Immigrants have been told by landlords that they are no longer welcome as renters, since their leases are unenforceable. And the law has unleashed widespread bigotry, fostering prejudice and a climate of fear and suspicion. Latinos buying groceries have been asked by check-out clerks for their papers, and children who do show up at school are asked why they haven’t yet gone back to Mexico.

Although some of these acts go far beyond anything the law requires, they are consistent with a divisive strategy that aims to make life so miserable for immigrants that they “self-deport” and return to their home countries. But the harms have not been limited to immigrants: citizens have been forced to share the burdens imposed by new verification rules, creating long lines at DMVs and courthouses, and hassles for businesses seeking to renew their licenses. There is a growing sense that this approach simply goes too far — even for those voters who may welcome some tougher state measures.

Second, legislators are coming to grip with the financial costs of these laws. In Alabama, the damage is so severe that state’s economy is expected to shrink by billions of dollars annually. Even where courts have blocked states from implementing core provisions of these laws, a severe impact has been felt. Arizona’s losses have totaled $141 million in conference cancellations alone and $253 million in overall economic output. In 2011, Georgia suffered a $300 million estimated loss in harvested crop statewide, with a $1 billion total estimated impact on Georgia’s economy. The fallout continues. Just yesterday, the American Educational Research Association, one of the largest educational organizations in the country, announced its decision to move its 2013 annual conference out of Georgia and to a state where all its members would feel welcome.

Finally, politicians are growing concerned about the possibility of constituent backlash. The recall of State Senator Russell Pearce, the architect of Arizona’s law, and the first recall of a sitting senate president in the nation’s history, has been a common reference point for those worried not only about their own vulnerability as candidates, but also with the long-term viability of their party in the face of a growing Latino vote.

These concerns have led many party leaders to urge a go-slower approach on state immigration measures, and as a result, states like Kansas, Nebraska, Tennessee, and Virginia no longer appear likely to enact comprehensive immigration restriction laws in 2012.

Meanwhile, Alabama is exhibiting a serious case of buyer’s remorse, with the multiple reform and repeal bills under consideration to scale back the 2011 law. Some Mississippi politicians seem hell-bent on bucking the trend, moving quickly to consider Alabama-styled legislation as a matter of unfinished business from last year. But even there, Republican leadership is rumored to be searching for ways to step back from the cliff, hoping to avoid a repeat of a failed experiment that has torn communities apart and thwarted economic recovery.