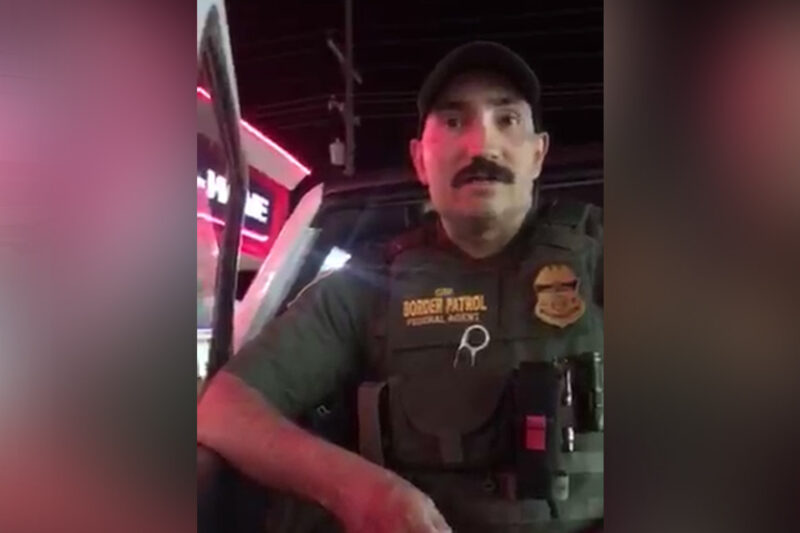 For Ana Suda and Martha “Mimi” Hernandez, May 16, 2018, began like any other in Havre, Montana: work, school, and a trip to the gym once their kids were in bed. They stopped by Town Pump — a local convenience store — to pick up groceries. While in line, the friends were chatting in Spanish, just two people having an ordinary conversation. But the Customs and Border Protection agent standing in line behind them did not see it that way.

He demanded to know where Ana and Mimi were born. After they said they were born in Texas and California, he forced them to turn over their driver’s licenses. He detained them by his patrol car, in full view of neighbors, for an extended period before finally letting them return to their homes and families. Ana and Mimi walked away from the interaction humiliated and afraid that they might again be stopped, detained, and interrogated at any time.

When Ana and Mimi asked why they were being held, he answered unequivocally: Because they were speaking Spanish. Ana replied that she was a U.S. citizen and demanded to be released. But the agent refused to let them go. 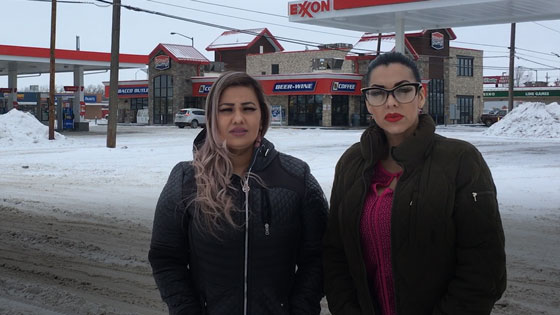 This detention violated Ana and Mimi’s constitutional rights. The ACLU has filed a federal lawsuit on their behalf. Speaking Spanish is not against the law. In fact, there is no official language in the United States — Americans speak hundreds of different languages. Over 40 million U.S. citizens speak Spanish at home with their families, and tens of millions more speak Spanish as a secondary language. And Montana, like the rest of the country, is increasingly diverse in terms of race, ethnicity, and language.

So why did the CBP agent hold Ana and Mimi?

Apparently, he believed their use of Spanish justified his actions. But just as you can’t be pulled over in your car for no good reason, CBP must have “reasonable suspicion” for a brief investigatory stop and “probable cause” for a longer arrest. The agent who held Ana and Mimi had no legally legitimate reason to do so. In fact, in hearing a similar case, the Ninth Circuit Court of Appeals, the federal court with jurisdiction over Montana, explained that even the inability to speak English cannot by itself justify a border patrol agent’s stop because “the same characteristic applies to a sizable portion of individuals lawfully present in this country.” In Ana and Mimi’s case, the problem is even starker: The agent detained two women who can speak English — merely because they chose to speak a different language with each other.

This unconstitutional seizure left Ana and Mimi feeling threatened and unsafe in their own country. Their experience is far from an outlier. The case in which the Ninth Circuit held that even the inability to speak English, by itself, does not give rise to reasonable suspicion justifying a stop? That took place in the same town — Havre, Montana — and is just one example in a pattern of unjustified investigation by CBP agents of members of the local Latinx community.

More broadly, this kind of abusive CBP activity reflects an out-of-control agency emboldened by a vehemently anti-immigrant administration. From the Muslim Ban to the policy of separating families at the border to the president’s dehumanizing rhetoric about immigrants and communities of color, the Trump administration has made its commitment to xenophobia painfully clear. And it has encouraged the worst tendencies of CBP — an agency with a long history of misconduct — from the very start, promising to “take the shackles off” officers and encouraging the use of excessive force.

But, like millions of others, Ana and Mimi refuse to accept an out-of-control CBP as a fact of life. As Ana explained, all of us have rights. Now they are suing to seek accountability. As America becomes more diverse in every way, the Constitution’s guarantees continue to protect all of us — regardless of race, ethnicity, or language — and our clients like Ana and Mimi will keep demanding that CBP live up to its constitutional and legal obligations.