Mass ICE Detention is Unnecessary — and We Have Proof 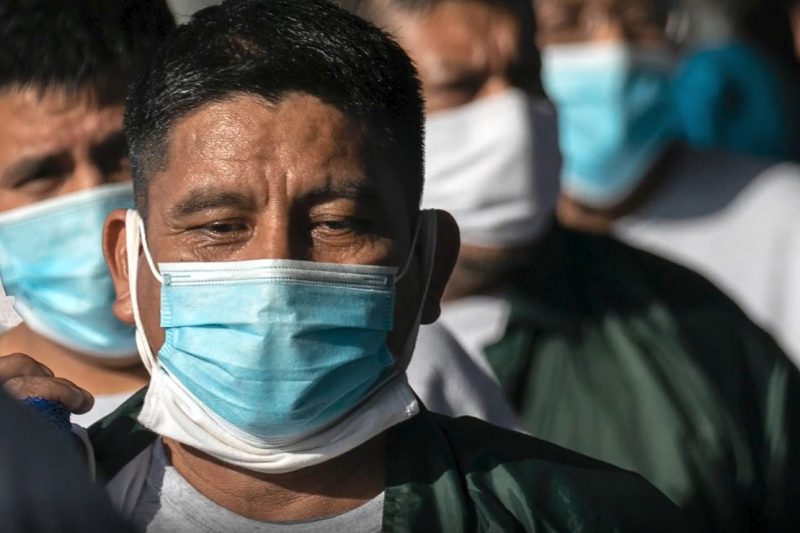 Immigration detention was cruel, abusive, and degrading before the pandemic hit — but as in so many other places, COVID-19 made the system's brutality impossible to ignore.

The cruelty of the U.S. Immigration and Customs Enforcement (ICE) agency was on full display this past year. The agency refused to take vital measures to curb the spread of COVID-19 in its detention centers, even in the face of its own experts’ findings that the crude facilities were “tinderboxes” for the disease.

Detained immigrants — compelled by the specter of illness and death in ICE’s jails — brought ICE to court over the inhuman conditions, with representation from the ACLU and its affiliates throughout California and around the country. Their actions led to findings that ICE was imprisoning medically vulnerable seniors in cramped, over-crowded cells; withholding COVID-19 tests to avoid having to deal with positive results; and retaliating against dissent by various means, including threatening to cut off access to soap.

Judges ruled that the conditions in ICE facilities were “inconsistent with contemporary standards of human decency.” And they ordered ICE to let people go. (See our timeline.)

Before the ACLU’s lawsuits were filed, there were more than 42,000 people detained nationwide each day. At its lowest point during the pandemic, this number fell to just over 13,000 people detained nationwide each day. In California, there were more than 3,000 immigrants detained at the Adelanto, Mesa Verde, Yuba, Otay Mesa, and Imperial detention centers. Today, there are fewer than 1,000. And despite baseless outcries by government officials and the for-profit companies that operate the detention centers that drastically reducing the population of the centers would lead to havoc and widespread lawlessness, just the opposite happened.

Released immigrants, many of whom went home to their families, overwhelmingly complied with their court-ordered release conditions. Indeed, these releases offered a blueprint for a new future where instead of languishing in cruel, senseless detention, immigrants could retain their liberty and dignity while their immigration cases move forward.

Their stories are testament to the viability and urgency of a world without unjust immigrant detention. To cite three examples:

Today, the Biden administration is faced with a choice. It can follow in the footsteps of the Trump administration and refill the now-empty jail cells. Or it can acknowledge what government studies have shown for years and what the experience of the past year has proven beyond doubt — that in the vast majority of cases, detention is not only cruel, but unnecessary to ensure immigrants’ presence at civil immigration proceedings. Humane, community-based alternatives to detention are more than capable of securing their presence while preserving individual liberty and dignity, and keeping families together.

So far, however, the signs from Washington are not good. Immigration detention numbers are rising, and the Biden administration persists in defending ICE’s cruelty in court. The government has yet to commit to protect people who were released due to COVID-19 from re-detention. It is not too late, but we need to act now.

Those of us who believe in a world without unjust immigrant detention must raise our voices and call on Department of Homeland Security Secretary Mayorkas to shut down ICE facilities immediately, before their cruelty wreaks havoc on yet another generation.