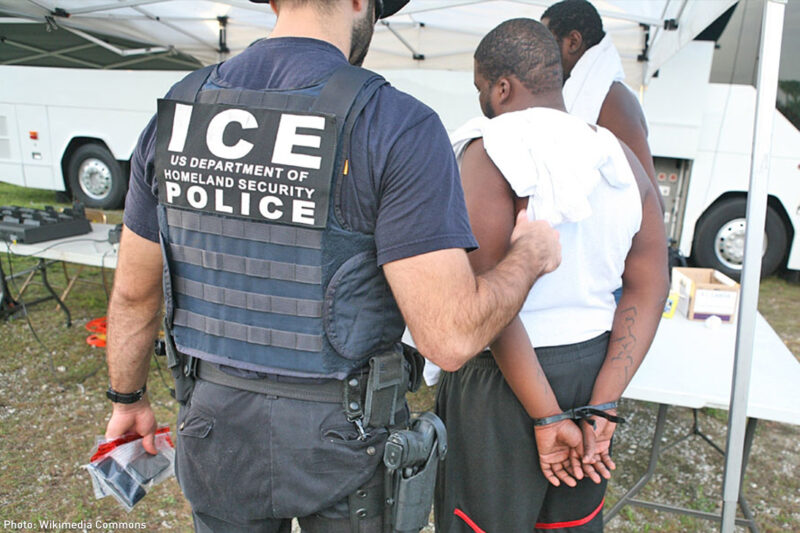 Immigration and Customs Enforcement yesterday released its first report attempting to name and shame police departments that require more than ICE’s say-so in order to hold someone in jail. This is just the Trump administration’s latest attempt to smear sanctuary cities, but it’s also a trap for local law enforcement—ICE could be shaming them into violating your rights.

In the FAQ for the report, ICE goes out of its way to suggest that a detainer is something that it isn’t—a simple request to know when someone is being let out of jail. But that simply isn’t true. A detainer is a request to hold someone in jail, often longer than the local law enforcement agency is legally allowed. Doing so can lead to illegal arrests and the violation of a person’s constitutional rights.

ICE claims in the FAQ that detainers are backed by probable cause. Often, they are not. Within a four-year period under the Secure Communities program, which allowed ICE to receive information from nearly every jail in the United States, ICE placed detainers on 834 U.S. citizens across the country, according to the government’s own data. As ICE hires 10,000 more agents, reintroduce Secure Communities, and issues more and more detainers, local police are simply gambling away the constitutional rights of their community.

Multiple federal courts have reaffirmed what detainers are: New arrests that, absent any individual determination of probable cause, violate an individual’s right against unreasonable searches and seizures. The ACLU has regularly represented people who have had their rights violated after being held on detainers, including U.S. citizens.

Like Trump himself, ICE seems to pay little deference to the judicial branch. In fact, it explicitly singles out Orleans Parish Sheriff’s Office for turning down detention requests, even though New Orleans is legally bound to its policy under court order. It is deeply troubling that ICE would attempt to shame a sheriff for obeying the federal courts.

ICE knows perfectly well what the problems with detainers are — law enforcement officers are telling them too, not just the ACLU and immigrants’ rights activists. “You can’t just pick up the phone and say, ‘Please hold an individual,’” said Jonathan F. Thompson, executive director of National Sheriffs’ Association. Yet, that’s exactly what ICE wants to shame local police into doing.

Local governments have paid a heavy price for mistakenly placing their trust in ICE. Because detainers are requests, local police departments are liable for choosing to honor them. Some cities have paid thousands of dollars in damages after holding someone on a detainer request from ICE. More importantly, many law enforcement officers across the country have decided that stopping ICE from interfering with their work is vital to their public safety mission, and allowing that interference to continue harms it.

We should all be disturbed by ICE’s use of propaganda to try and coerce communities into doing something that they believe makes them less safe. In fact, contrary to what ICE wants you to believe, sanctuary cities generally are safer than other localities. Under President Trump, we are already seeing an ICE unleashed, willing to disrespect the rule of law in its mission to deport every immigrant it can. Local police should do right by their residents and not give in to ICE’s petty scare tactics.

In the immigrants’ rights movement, we say that “the only ‘secure community’ is an organized one.” If you want to keep your community whole, fight for your town to protect the rights of immigrants — and all residents. One way to start now is working to enact some of the policies in our Freedom Cities initiative, which are designed to stop ICE’s harmful practices. You can also help by distributing our Know Your Rights materials and finding others who want to fight together locally.

Because when we fight together, we win.