Getting Off the Deportation Train, One State at a Time 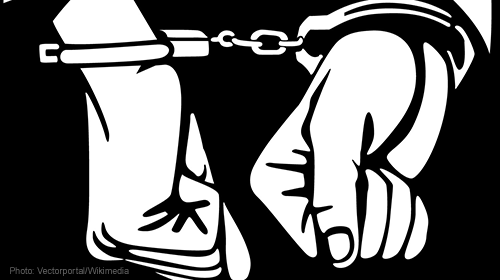 While the Obama administration’s immigration enforcement machine hurtles forward like a runaway train, law enforcement officials in progressive states have been jumping off en masse. Getting mixed up with federal immigration enforcement hasn’t gotten locals anywhere but into trouble with immigrant communities fearful of deportation if they cooperate with police, local officials protective of their budgets, and most recently with the courts. Now, a red state has joined the growing rebellion against local-federal entanglements and it’s a surprising one: Kansas.

The red state could represent a new front in the fight to protect immigrants’ civil liberties as well as those of citizens who might mistakenly be held by police because of a flimsy request from Immigration and Customs Enforcement (ICE).

Here’s some background. In April, a federal judge in Oregon made it perfectly clear that a local county violated the rights of Maria Miranda-Olivares when the sheriff’s department chose to honor a detainer, or “hold,” requested by ICE. And since it was the County’s choice to hold her, it could cost them, too. This prompted sheriffs throughout the state to refuse to hold people for ICE unless the request is supported by a judicial warrant. Seeing what happened in Oregon, sheriffs in Washington state soon followed suit, as well as law enforcement in Pennsylvania, Colorado, California. and Massachusetts.

And then came Kansas. In Shawnee County, where the state capital of Topeka is located, law enforcement last month chose to stop automatically holding people beyond their appointed time so ICE could investigate them. Brian W. Cole, director of the Shawnee County Department of Corrections, said in a letter to the ACLU that “It is our desire never to hold a person beyond the period for which proper lawful authority exists…for now, we will err on the side of the protection of individual liberties.” Beyond Shawnee, two other counties are taking steps to limit their entanglement with ICE holds.

Local law enforcement agencies have good reason to be skeptical of these ICE requests. They’ve been a pain in the pocketbook for local law enforcement long before now. ICE often takes a “detain first, investigate later” approach to its job, which ends up getting the local officers or localities sued. Local police in Pennsylvania held Ernesto Galarza for ICE, only to find out later that he was a U.S. citizen. And unfortunately for the officials of Lehigh County, the court found that they were still liable for the mistakenly issued detainer.

After the Oregon court decision, Sheriff Gary Bettencourt, the president of the Oregon State Sheriffs’ Association, said plainly, “We will no longer violate anybody’s constitutional rights, I can guarantee that.” Chalk one up for civil liberties. And thanks to like-minded folks in Kansas, Kris Kobach – the state’s secretary of state and author of many anti-immigrant ordinances and state laws, including Arizona’s SB1070 – now goes to work every day in a county with a limited detainer policy.

Realizing that they have a choice in the matter and that they’ve gotten a raw deal from ICE, sheriffs across the country, now in both a red state as well as numerous blue states, are taking a stand to defend the taxpayer, their communities, and the Constitution. We’re happy to be their partner in doing just that.