Five Things to Know About the Right to Seek Asylum 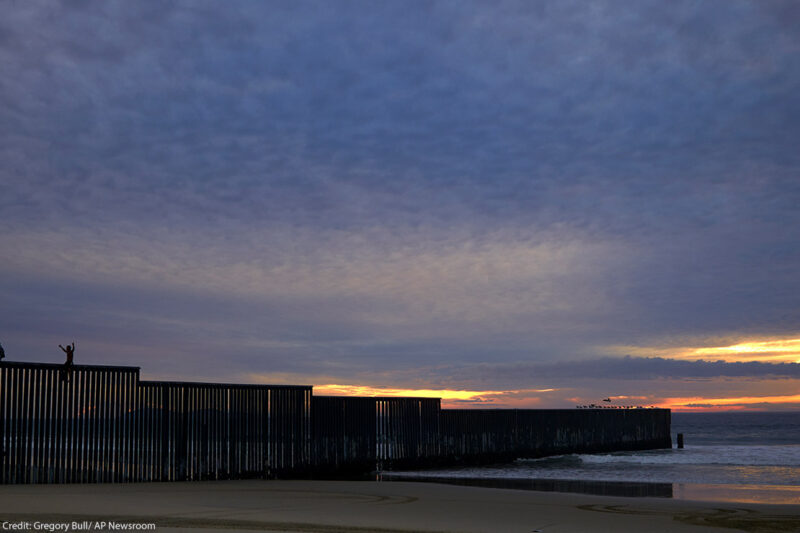 Confusion and misinformation about the right to asylum in the U.S. abound. Here, we set the record straight.

Although our laws provide a clear right for people fleeing persecution to seek asylum in the United States, anti-immigration lawmakers have purposefully sown confusion about the law, the process of applying for asylum, and what is really needed to ensure a fair and orderly system for considering the claims of people seeking protection at the border. Instead of seeking solutions, they have tried to undermine the right to seek asylum at every turn.

Here’s what you need to know:

Seeking asylum is a human right protected under our laws.

The right to seek asylum — or safety from persecution — in another country was born out of the tragedies of World War II and the horrors of the Holocaust. In its aftermath, dozens of nations committed to never again slam the door on people in need of protection. The right to asylum was enshrined in 1948’s Universal Declaration of Human Rights and then again in the Refugee Convention of 1951 and its 1967 Protocol.

The United States passed its own federal law in the Refugee Act of 1980, for people who are fleeing persecution on “account of race, religion, nationality, membership in a particular social group, or political opinion.” The Refugee Act is meant to ensure that individuals who seek asylum from within the U.S. or at its border are not sent back to places where they face persecution.

In today’s world, these protections remain critical, with more people forcibly displaced from their homes due to conflict, violence, and human rights violations than at any other point since World War II.

To be granted asylum, people must come to the U.S. or the border and must prove their case.

Elected officials and news outlets often mischaracterize those seeking asylum at the border as breaking the law or failing to seek protection “the right way.” However, under U.S. law, a person seeking asylum may do so by arriving at the border and asking to be screened by U.S. officials at a “port of entry,” or by entering the U.S. without prior inspection and then declaring their fear of persecution.

In either case, people seeking asylum at the border are subjected to a criminal background and security check. They must then navigate a complex and lengthy process, involving multiple government agencies, in order to prove that they have a well founded fear of persecution. Those who lose their cases and any appeals are ordered removed and are deported. Since March of 2020, most people seeking asylum at the border have been denied the right to do so under normal rules, and have instead been expelled from the U.S. under Title 42, described below.

Many policies threaten the right to seek asylum, but none actually stop people from trying to seek protection at the border.

President Trump implemented multiple policies in an attempt to end asylum at the border. President Biden promised to restore a fair and humane asylum system, but has been slow to fully reverse Trump’s policies. For example, Title 42, which uses the COVID-19 pandemic as a pretext for expelling asylum seekers without offering them any opportunity to seek protection, remains in effect. The policy has led to thousands of documented cases of violent attacks against individuals who the U.S. has expelled, including rape, torture, and abduction.

Elected officials in both parties have sought to justify restrictive asylum policies for their “deterrence” value, claiming that they discourage migrants from coming to the border. But these policies do not stop people from seeking safety and ultimately create more disorder. Title 42, for example, has encouraged people seeking protection to try multiple times to cross. Even after imposing the strictest and most punitive rules against asylum seekers, President Trump faced sharp increases in the numbers of migrants seeking asylum at the border, the highest numbers in over a decade.

Despite obstacles, asylum-seekers become integral members of our communities.

People seeking asylum in the U.S. must overcome many challenges. They leave their homes behind and endure grueling journeys in pursuit of safety. When they arrive, they are often unnecessarily detained by ICE in abusive conditions, even though they have family members or friends they could stay with while their cases proceed.

Despite these obstacles, asylum-seekers are eager to provide for their families and contribute to their communities. They have gone on to open their own businesses, work in jobs that help feed our communities, care for sick people, and advocate for people’s rights, contributing billions in taxes and revenue. One recent study estimated that on average, an asylum seeker contributes over $19,000 per year to the U.S. economy, and that a 25 percent reduction in the number of all people seeking asylum in the country would cause an economic loss of $20.5 billion over a five-year period.

Excess money spent on policing the border would be better spent on creating a fair, orderly, and welcoming system.

We need a more efficient, humane, and welcoming system at the border for people seeking asylum. Much of the money Congress currently spends on a bloated Border Patrol police force should be spent instead on making sure our immigration agencies and federal courts have enough employees and judges to adjudicate asylum claims in a fair and orderly manner, and to ensure that people are supported in their efforts to join their family members and sponsors in their destination locations. The sooner people are able to integrate into their new homes and are issued work permits, the sooner they’ll be able to support themselves and their families and contribute in other ways to their new communities.