Federal Immigration Authorities Are Running Amok Across Maine and Its Coastline 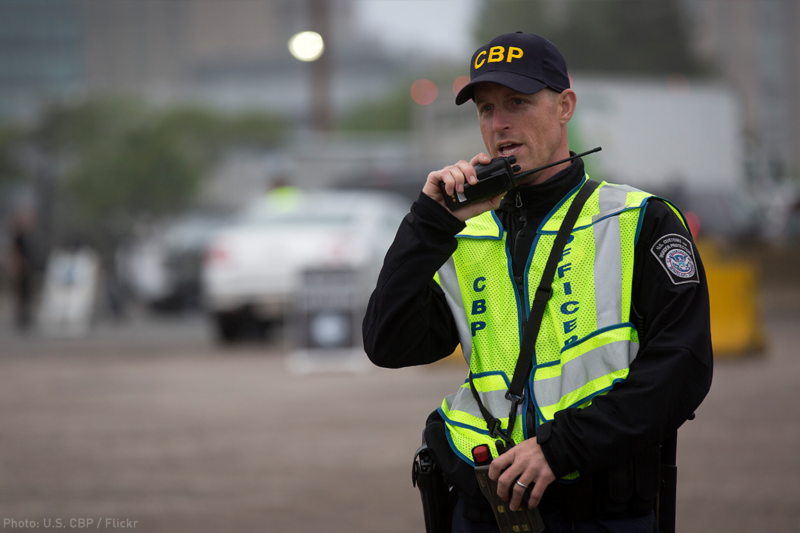 According to a CBP spokesperson, the agency has questioned 21 Canadian vessels since October 2017, plus an unknown number of American vessels (mostly Maine fishermen) in the same area. Although CBP claims that these operations fall within its immigration enforcement authority, nobody should be surprised to learn that targeting these fishing boats has yielded no immigration arrests.

This naturally provokes a question: So why is CBP invading people’s privacy and wasting its own time and resources, given the (unsurprising) absence of any immigration activity in this active fishing area? The unsatisfying answer is that we don’t know because CBP is a secretive and opaque agency that refuses to comply with federal disclosure laws even when asked. That’s why we have sued CBP to produce records about its immigration enforcement in Maine.

What we do know is that CBP is the nation’s largest law enforcement agency, with money and resources to burn. So we should all be concerned when CBP claims virtually untrammeled authority to stop and question people within 100 miles of a land or sea border. This so-called 100-mile zone includes all of Maine, most of New England, and about two-thirds of the entire U. S. population. Within this zone, CBP claims it can stop any car, boat, plane, or train without a warrant, probable cause, or reasonable suspicion, the usual requirements under the Fourth Amendment to the U.S. Constitution.

Given CBP’s massive resources, broad claim of authority, and the Trump administration’s anti-immigrant policies, it is not surprising that we have seen an increase in immigration enforcement within the 100-mile zone. For example, according to one of the fishermen stopped by CBP, most of the local Maine fishermen along the coast have been recently questioned by CBP. These recent occurrences are in contrast to his experience over the past 40 years when CBP did not operate offshore.

Inland, there are reports of immigration enforcement in previously safe locations, such as courthouses. Throughout New England, CBP has set up immigration checkpoints to stop and question every passing car to check passengers’ immigration status. And at bus stations, CBP agents have asked ticketed passengers for their citizenship status before letting them board the bus, which resulted in a Concord bus employee making the absolutely false claim that only citizens could ride the bus.

CBP even arrested a French jogger who accidentally crossed the border from Canada, transporting her in a caged vehicle and holding her in custody for more than two weeks. And on top of it all is the Trump administration’s cruel “zero tolerance” policies separating parents from their children.

CBP denies that there is an increase in enforcement. But so long as they refuse to back up that claim with any records or statistics — which the public is entitled to under federal law — we will continue to believe the many people who have reported increases in enforcement.

As all of these examples attest, the claimed 100-mile zone represents a massive intrusion on all our rights. People should not have to submit to warrantless, suspicionless stops by armed law enforcement officials, regardless of whether they are on an inland highway, at the bus station, or at work fishing for their daily catch.

Simply put: It doesn’t have to be this way.

CBP’s claimed authority rests on a half-century-old regulation passed without any explanation in the 1950s. Although some cases have allowed CBP searches at permanent checkpoints or on vessels at the border, the Supreme Court has not approved all enforcement operations within the 100-mile zone. Far from it. Instead, in cases like United States v. Brignoni-Ponce, the court has upheld Fourth Amendment rights within the 100-mile zone. And a recent New Hampshire court decision found that CBP’s checkpoint operations were “unconstitutional under both State and federal law.”

So what rights do we all have when stopped by CBP?

If you are an immigrant with valid documentation, it may be advisable to turn it over. But regardless of your status, try to remember three things in any interaction with a CBP agent. First, you have the right to invoke your right to remain silent, and then remain silent. Second, you can tell the CBP agent: “I do not consent to a search,” if it appears the interaction is heading in that direction. Finally, you can ask at any time, “Am I free to leave?” and, if the answer is yes, you can leave.

Plus, so long as you do not interfere with the CBP officer’s operations, you have the right to record the CBP agent. Then you can use that recording to speak out. And you can tell other people about their rights, loud and clear.

Perhaps most importantly, we all have the right to speak out against invasions of privacy, to tell our elected representatives that enough is enough, and to call our local ACLU affiliate when CBP goes too far.

These rights belong to all of us, regardless of citizenship or immigration status. And yes, that includes any Canadian fishermen who might be within United States borders.