CBP Wants to Destroy Records of Misconduct. We Can’t Let Them. 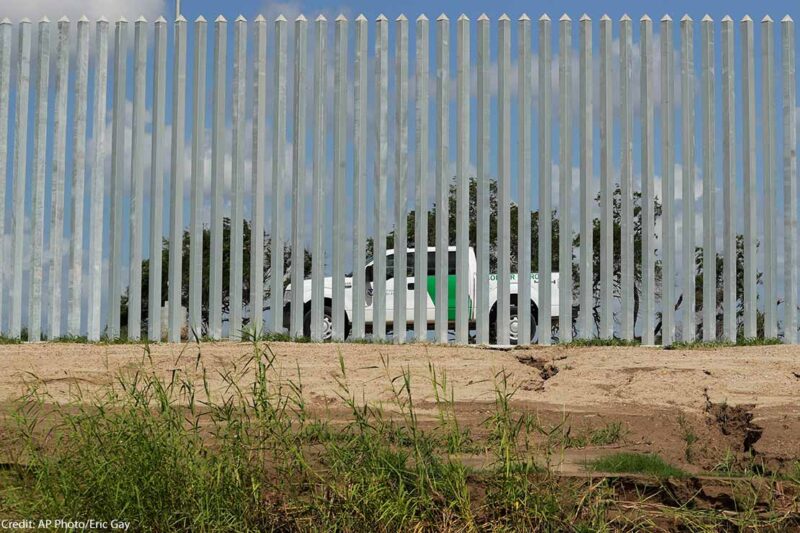 An agency plagued with chronic misconduct and impunity should not be allowed to purge files.

An agency rife with abuse should not be allowed to purge its own paper trail of wrongdoing. That’s why this week, the ACLU of Texas Border Rights Center, along with more than 100 partner organizations, filed a public comment urging NARA to reject CBP’s proposal. The principal reason: CBP’s own oversight system is a disaster, and future study of the agency’s failures of accountability will be stymied by the documents’ destruction.

The documents CBP seeks to ultimately destroy include “records developed to track and monitor complaints that are or will be investigated by DHS Civil Rights and Civil Liberties (CRCL) regarding alleged violations of civil rights and civil liberties”; “records pertaining to administrative and criminal investigations on [CBP] employees, contractors, and those in CBP custody”; and records and reports of Prison Rape Elimination Act allegations.

Today, CBP employs more than 44,000 Border Patrol agents and CBP officers, and maintains a budget of nearly $17 billion. Despite the agency’s massive workforce and budget, accountability mechanisms have failed to ensure any semblance of accountability. For example, a Cato Institute study found that between 2006 to 2016, CBP “misconduct and disciplinary infractions outstripped all other federal law enforcement” and “it is virtually impossible to assess the extent of corruption or misconduct … because most publicly available information is incomplete or inconsistent.” Just this year, instead of purchasing medical supplies for immigrants, CBP wasted the allocated funds on dog food and dirt bikes.

The agency’s complaint and disciplinary systems are broken. According to data obtained by the American Immigration Council in 2017, the agency took “no action” in 95.9 percent of complaints filed against the agency between 2012 and 2015. Despite independent advisory panel recommendations issued in 2016, CBP has still not fixed its disciplinary system. The panel recommended CBP hire 350 internal affairs investigators and appoint a discipline czar to coordinate internal accountability. The agency has done neither.

CBP records related to CRCL investigations would, under this proposal, be destroyed after four short years. The ACLU of Texas and the ACLU of San Diego and Imperial Counties filed at least 11 separate complaints with CBP’s joint intake system in 2019 alone (See additional examples here, here, and here.). Those complaints contained numerous individual examples of CBP abuse and were built on hundreds of interviews. Only one resulted in a confirmed DHS Office of Inspector General investigation, while others received form letter responses from CRCL ensuring inquiry into the allegations with no further communication about the complaint. Documentation collected by CBP stemming from these complaints could prove vital to future examinations of a particularly abusive period in the agency’s history.

Moreover, CRCL whistleblowers have also raised alarm bells about the oversight body’s diminishing ability to hold CBP accountable. Last year, former CRCL staff attorney and advisor Ellen Gallagher said the agency seemed to “mislead the public” by soliciting complaints of alleged violations “if [CRCL had no intention of specifically investigating or resolving those individual complaints.” Just last month, CRCL staff claimed publicly that CBP was ignoring their concerns about the development of a new use-of-force policy and the agency’s intention to use “chemical deterrents” at the border.

CRCL’s frequent inaction and CBP’s own undermining of the office’s oversight role further bolsters the need for complete and permanent retention of internal agency records. We simply do not know what types of abuse could be documented in these files.

CBP misconduct often only becomes public via leaks, investigative reporting, or lawsuits, meaning the loss of internal records could forever bury unknown abuses. For example, the first death of a child in CBP custody in over 10 years was revealed by journalists, after CBP failed to report the death to Congress, as required. Independent lawyers uncovered children held in deplorable conditions at a Border Patrol station in Clint, TX. Border Patrol’s racist and xenophobic Facebook page was uncovered by a reporter, and the prevalence of sexual harrassment and rape within the agency has been revealed only when survivors and former officials spoke up. Lawsuits have similarly uncovered severe agent misconduct, including kidnapping, sexual assault, and an agent intentionally running over a migrant.

With systemic failures of oversight, CBP’s abject failure to hold its own personnel accountable, and a complete lack of transparency, the last thing the agency should be permitted to do is purge its own records.