9500 Liberty: Documenting the Debate around a “Show Me Your Papers” Policy 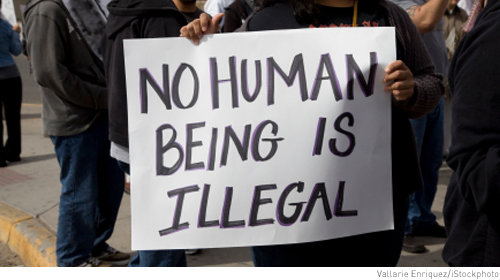 In the summer of 2007, the Prince William County, Virginia Board of Supervisors passed a first-of-its-kind anti-immigrant resolution with a “show me your papers” clause. It required police officers to check the immigration status of anyone they had probable cause to believe was an undocumented immigrant. A pair of documentarians, Annabel Park and Eric Byler recorded—in real time—the heated debate that transpired surrounding the passage of the resolution, documenting the division it created in the community of Prince William County.

Originally introduced by Supervisor John T. Stirrup Jr. (R-Gainesville) and vigorously backed by Chairman Corey A. Stewart (R-Occoquan), the resolution’s aim was to reduce the number of undocumented immigrants in the county. Corrupt politics and fervent racism led to the resolution’s hasty push through the local political institution, resulting in its passage in July 2007 and planned implementation in Spring 2008.

Despite the Board of Supervisors’ unanimous vote to ratify the anti-immigrant policy, it did not go uncontested. Hundreds of Prince William County residents addressed board members during the initial vote as well as subsequent assemblies. The debate and opposition surrounding the resolution continued, unabated, until the policy was finally amended in April 2008, “chang[ing] the mandated stage at which police officers [were] required to make citizenship status inquiries.”

Throughout the filming of 9500 Liberty, Park and Byler posted excerpts of the ongoing debate to YouTube, offering a forum for public commentary and influence over the documentary’s attentions. By posting clips as they were shot, Park and Byler generated growing awareness about the anti-immigrant policy outside of Prince William County. Their efforts to publicize the dispute and the after-effects of the resolution’s passage—a community struggling to maintain economic stability after an exodus of immigrants and to restore harmony amongst its residents—successfully illustrated a grassroots struggle that ended in a measure of success for undocumented immigrants and their supporters in Prince William County.

The anti-immigrant resolution passed in Prince William County was by no means out of place or unexpected considering anti-immigrant sentiment across the United States. However, we can retrospectively examine the policy, its proponents and opponents, its consequences, as a harbinger of future anti-immigrant laws. It was three years later, in 2010, when Arizona’s SB 1070 passed with a “show me your papers” clause closely mirroring that of Prince William County’s resolution—recently upheld in the Supreme Court decision. Alabama, Georgia, Indiana, South Carolina and Utah followed shortly thereafter, enacting their own copycat, anti-immigrant laws at the state-level, all of which are presently being challenged by the ACLU and a coalition of civil rights groups.