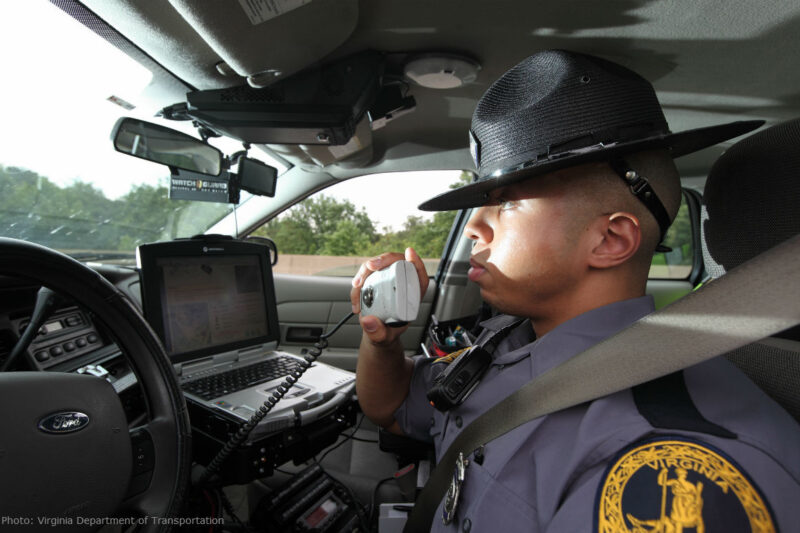 Imagine a future in which the government keeps secret the identity of every member of state and local law enforcement.

It’s a frightening, Orwellian scenario that some legislators in Virginia thought was a good idea. Fortunately, a state House of Delegates subcommittee blocked the bill on Thursday, which would have allowed even more government information to be hidden away under the state’s F-rated open government laws.

Senate Bill 552, sponsored by Sen. John A. Cosgrove Jr. (R-Chesapeake), would have exempted from public disclosure the names of every full- or part-time law enforcement officer and fire marshal in Virginia, including Alcohol Beverage Control officers, lottery investigators, local dogcatchers, state fish and game wardens and marine police, deputy sheriffs, and rookie traffic cops as well as the highest ranking law enforcement officers in the commonwealth.

Proponents of the bill said it was necessary to protect police officers and their families from bad guys who might seek to harm them. They were not, however, able to provide any evidence proving their point. That is because shielding individual officers from evil-doers is not why the bill was introduced.

The bill came about in response to an effort last year by the Virginian-Pilot newspaper in Virginia Beach to obtain names and training records of active duty law enforcement as part of a “Spotlight”-type investigation, which broke the pedophilia scandal in the Archdiocese of Boston and inspired an Oscar-nominated film. The Pilot wanted to find out whether officers dismissed for misconduct in one jurisdiction were being passed along to other departments to be put back on the streets with a badge and gun.

For now, at least, this dystopic vision can remain just a fantasy for law enforcement.

Such an investigation could well draw attention to an ugly truth about law enforcement in Virginia. The process by which police officers can be decertified, preventing them from moving from locality to locality and repeating bad behavior, is shamefully weak and presents a danger to the public.

The Virginia Fraternal Order of Police and the Virginia Association of Chiefs of Police fought the release of officer names and training records to the Virginian-Pilot in court. They lost, and so then they tried to change the law to make the records secret while misleading the public about their motivations and the bill’s real purpose.

Let’s be clear: SB 552 was not about protecting individual officers or their families from harm. The sheer breadth of personnel covered by the act made that obvious. In addition, departments already have discretion to withhold an officer’s personal information from the public where there is an actual threat of harm. This bill was about making it difficult, if not impossible, for the press or the public to examine the hiring practices of Virginia law enforcement agencies or to develop a case for changes in our weak decertification law.

SB 552 was also not in the interests of state and local law enforcement agencies if they are actually serious about their commitment to greater transparency and accountability that are essential to earn the trust of the people they are supposed to serve.

SB 552 certainly would not have served the public interest. The public pays the salaries of every police officer and has a right to demand more, not less, transparency and accountability as conditions of earning its trust and support. The fact is the public actually would have been less safe if this measure had passed because it would have helped hide the type of problem the Virginian-Pilot was seeking to uncover. The result would have been that officers with multiple disciplinary violations, even for serious misconduct involving use of force, would continue to be enabled to practice policing in Virginia with the public being none the wiser.

For that very reason, SB 552 also was an attack on the heart of the First Amendment. To the founding generation, the liberties of speech and press were intimately connected with popular sovereignty and the right of the people to see, to examine, and to be informed about the workings of their government. Police officers are the government agents everyday people interact with the most and therefore deserve — and should expect — public scrutiny.

Proponents tried to minimize the bill’s impact by saying it wouldn’t really have prohibited release of officers’ names. They said the bill simply specified that names are part of personnel records and, as such, would be exempt from mandatory disclosure.

Virginia’s shoddy Freedom of Information Act lists 130 types of records that are exempt from mandatory disclosure to the public. Almost without fail, anytime a member of the public asks for a document that might fall under an exemption, the government chooses to withhold it. Beyond that, agencies often just flout the toothless law, refusing to disclose documents that actually are required to be released.

If SB 552 had passed, the secrecy of police officers’ identities would have been a given not a possibility. For now, at least, this dystopic vision can remain just a fantasy for law enforcement.