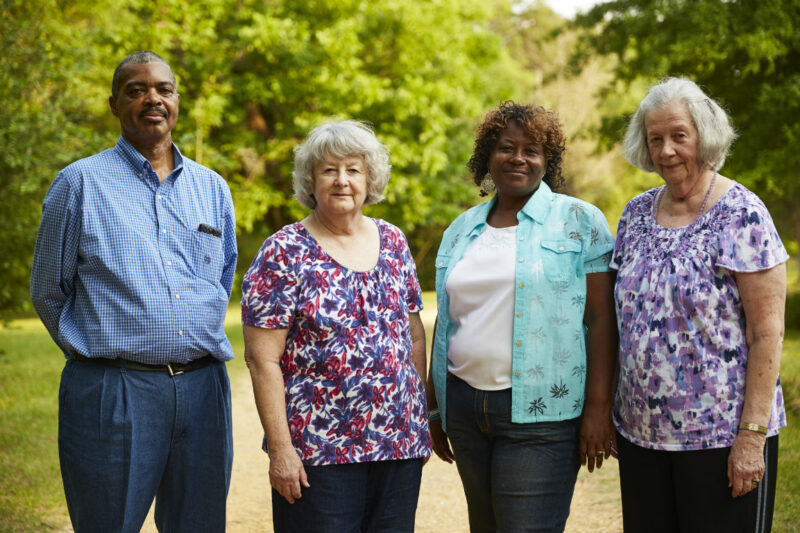 For the first time in almost a year, four residents of Uniontown, Alabama, woke up Wednesday without the dark cloud of an unjust multi-million dollar-lawsuit hanging over their heads. That’s because this week we reached a settlement victory that permanently ends a troubling defamation suit filed against them by a landfill.

The settlement agreement recognizes our clients’ First Amendment rights and provides them with important environmental protections. Without question, it’s a great victory for these incredible individuals — and for free speech writ large. It marks the successful end of an unbelievably stressful chapter in their lives — a chapter that never should have been written in the first place.

Esther Calhoun, Ben Eaton, Mary Schaeffer, and Ellis Long helped create Black Belt Citizens Fighting for Health and Justice, a community organization dedicated to battling pervasive racial and environmental injustice in Uniontown, where more than 90 percent of residents are Black and the median per capita income is around $8,000.

As part of their advocacy against a host of problems in Uniontown, these four activists decried the presence of coal ash in a landfill located in their residential neighborhood. And they were right to be concerned—the Uniontown landfill accepted the very same coal ash that had leaked out of a Tennessee facility, causing an environmental disaster. In return, the two corporations that own the landfill sued them for $30 million in federal court, claiming defamation and slander over Facebook posts that said things like “we should all have the right to clean air and clean water.”

The ACLU took on their case because we know how important it is that individuals be able to speak truth to power. And for Uniontown residents, that means being able to criticize the environmental record of a powerful local company without being sued into silence. At the ACLU, we fight for justice every day. And trust me, we’re mouthy folks — we know that the road to justice starts by calling out injustice. Every individual needs to have confidence that they can speak out without being censored or sued or intimidated so that we the people can hear them, amplify their voices, and demand change.

As my colleague Dennis Parker and I wrote when we took on this case, Uniontown has an unfortunately large and varied collection of injustices that need to be called out:

In Uniontown, seeking health and justice means highlighting a municipal sewage “system” that sprays fecal water onto a field while emaciated cattle graze nearby. It means fighting the suffocating smell of aerated whey that is shot into the sky, making the town reek like putrid processed cheese — on a good day. It means following the trail of a $4.8 million Department of Agriculture grant that residents feel just evaporated without any benefit to the citizens it was intended to help.

Fighting for justice in Uniontown means opposing the trains that roll into town carrying hazardous coal ash from 33 states to deposit it at the Arrowhead landfill — a dump bewilderingly located in a residential neighborhood, near wetlands, within this spacious county full of rolling fields and open space. It means worrying about the safety of that coal ash — the very same coal ash that catastrophically leaked out of a Tennessee facility in 2008 and destroyed the surrounding environment before it was hurriedly redirected to Uniontown.

It means being the voice of Black ancestors whose bones lie in graves right next to that landfill. Graves crisscrossed by the deep ruts of tractor tires: desecration that feels like a knife in the heart to those whose relatives are buried there. It means holding the hands of friends and relatives as they die of cancer. (Indeed, among the shockingly few businesses still open in Uniontown are its two funeral homes.) It means asking whether each of these things has happened, or been allowed to happen, because Uniontown is Black.

It is abundantly clear that the citizens of Uniontown did not need “defending against a lawsuit that threatens their free speech rights” added to their to-do list.

Over the last year, I’ve had the privilege of getting to know Ben, Esther, Mary and Ellis personally (albeit under less than pleasant circumstances). To put it simply, they are four remarkable individuals. For many mere mortals, being served with a federal claim for more money than they’ve ever seen in their lives would be an understandable emotional breaking point. And it’s hard to overstate how terrifying this lawsuit was for them. But these four faced it with the qualities that make them such powerful community advocates: a fundamental commitment to doing what’s right, indispensable camaraderie, and absolute fearlessness.

They could have thrown their hands up and agreed to take down the Facebook posts offending the landfill. But they didn’t. Somehow, these hard-working advocates found an additional well of strength to add “free speech warriors” to their resumes. And this week, their labors have paid off. The landfill agreed to a settlement that honors and recognizes our clients’ right to speak up about their community and their local landfill — including, perhaps most importantly, when that speech criticizes the status quo.

But even in their new role as First Amendment heroes, our clients didn’t ever let up the fight for health and justice in Uniontown. As part of the settlement, they asked for community notice about future potentially toxic substances before they reach the landfill. They also ensured that current top-flight EPA standards will govern the landfill’s future handling of any coal ash — even if those standards are weakened in the future.

As part of this lawsuit’s swan song, our clients and the landfill companies also issued a joint statement to the public, for once seeing eye-to-eye about some shared values. Most importantly, every party to this lawsuit expressed hope that “in the future, matters of concern to the community can be resolved through dialogue rather than lawsuits.” Hear, hear, guys. That’s not just a good idea — it’s also what the Constitution requires.