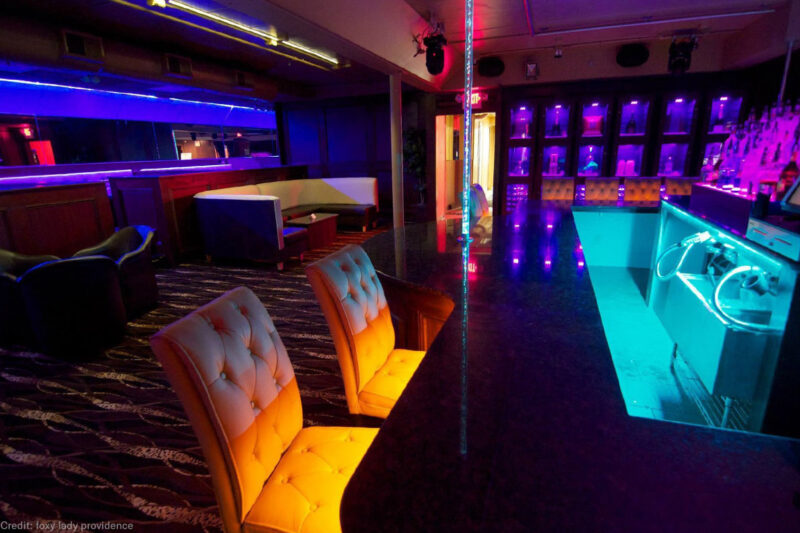 Imagine a symphony orchestra barred by the state from performing again because a musician was found to have sold marijuana to a colleague backstage. Imagine a bookstore being shuttered by the government because peace activists planned acts of civil disobedience in a backroom. Imagine a movie theater permanently closed because an employee assaulted a patron.

In Providence, Rhode Island, you don’t have to imagine it, because it happened to a strip club called the Foxy Lady. On Dec. 19, the Providence Board of Licenses voted to permanently shut down the adult entertainment venue, which has been in operation for decades, after police arrested three employees for allegedly soliciting sex from undercover police officers earlier in the month. By doing so, the board threw more than 200 people out of work less than a week before Christmas.

Within days, the state Department of Business Regulation quickly restored the club’s liquor license, but the Foxy Lady’s owners were required by law to petition the state Supreme Court to regain its entertainment license. On Monday, the ACLU of Rhode Island submitted a friend-of-the-court brief to that court arguing that it should grant a stay of the board’s revocation of the Foxy Lady’s license on the grounds that the board violated the due process and First Amendment rights of the establishment. Yesterday, the state Supreme Court agreed to issue a stay, allowing the club to reopen for now, but the threat of future closure remains.

To understand the incredible severity of the punishment, a few things are worth noting. The Foxy Lady has been around for 38 years, and this is the first time it was hauled before the board for any violation. The board has a long-standing policy of progressive discipline for license violations, something it completely ignored in this case. In issuing the draconian penalty of permanent license revocation to the Foxy Lady, it concluded that having three women supposedly solicit sex from men who were patronizing a strip club constituted “a danger to the health, welfare and quality of life of the public” and posed a “severe” “harm to the community.”

But compare that to some of the board’s other recent punishments meted out against license violators: a four-day suspension to a club where a double stabbing occurred, a 30-day suspension to a club found not to have in place required security plans when a patron fired a gun inside the establishment, and a 90-day reduction in hours to a club where a shooting took place right outside and the manager was found to have ordered the deletion of that night’s surveillance footage.

The unfairness is compounded when one learns that the sting operation at the club was supposedly initiated because a female employee had, a few weeks earlier, been the victim of a sexual assault by a customer, and the club sought the police department’s help. Yet thanks to the police and the Board of Licenses, it’s women who have borne the brunt of the punishment. Three of them face criminal charges and have had their names and photos splashed across the media for a victimless crime, and dozens more were put out of work for weeks and without a paycheck — all under the guise of “protecting” women.

The Foxy Lady provides entertainment protected by the First Amendment. The Cirque de Soleil it may not be, but before the government should be able to completely shutter an establishment engaged in free speech activity, a much stronger showing than the flimsy grounds presented here must be demanded.

In addition to ensuring that the Board of Licenses acts with some consistency in penalizing violators, it is essential that clear, objective, and narrow standards are in place before any government agency should be able to decide whether an establishment engaged in First Amendment activity can be punished, much less completely shut down. As our brief noted:

“The ordinance governing the Board’s revocation decision grants it authority to revoke a license ‘for any reason which the board may deem to be in the public interest.’ … That standard exemplifies the ‘unbridled discretion’ that the Supreme Court has repeatedly found to be inconsistent with the requirements of the First Amendment.”

The precedent created by the board’s decision is unsettling. Just as unsettling is the board’s hypocrisy in being more concerned about the possibility of solicitation of consensual sex taking place in licensed establishments than the occurrence of actual violence. This puritanical obsession — the notion that sex deserves more condemnation than violence — may be a constant in American culture, but it deserves to be challenged when a government agency engages in it and tramples upon the First Amendment.