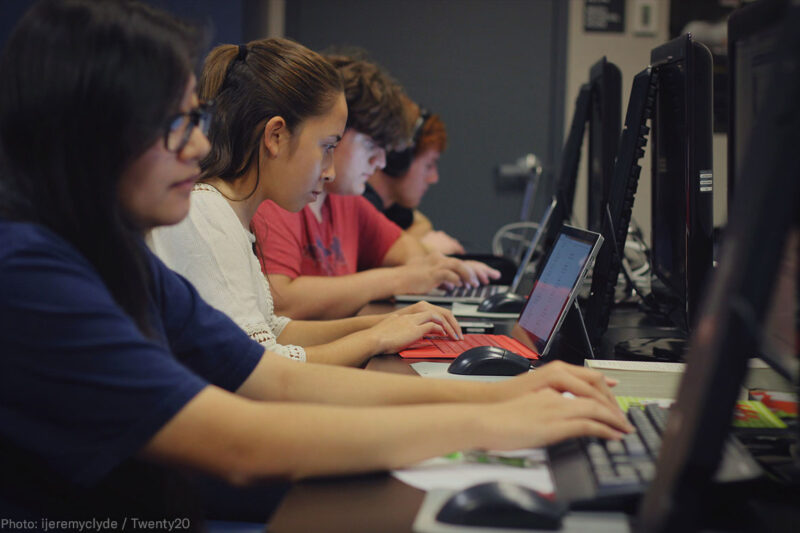 Imagine a school administrator telling a high school political science teacher that a whole range of timely topics — for example, medical marijuana, terrorism in the Middle East, gun control, or even politics in general — was off-limits for class discussion. The pedagogical absurdity of it, not to mention the upending of academic freedom it embodies, would seem obvious to most. In school districts across the country, however, a similar type of censorship takes place in the classroom every day, with little dissent.

The censorship takes place invisibly, through the use of internet filtering programs that block certain categories of websites — or even websites that mention specific words — when students use school computers to access the internet. Although primarily designed to prevent access to pornography, the deeply flawed software, and school districts’ widespread embrace of it, has a significant impact on classroom teaching.

In Rhode Island, the ACLU has issued two reports, one in 2013 and the other last month, examining school internet censorship in the state’s public schools, and the results are jarring. In 2013, the ACLU found that, whether by design or just due to the inevitably clumsy nature of such filtering, teachers and their students were blocked from viewing such varied and innocuous websites as those for PBS Kids and National Stop Bullying Day, a video clip of the Nutcracker ballet, and a website on climate change, among many others. One science teacher expressed frustration that a lesson plan of his was ruined when students couldn’t search for information about “polyvinyl alcohol” on their computers because the term contained the blocked word “alcohol.”

Four years later, unfortunately, we found that little had changed. An open records request revealed that school districts continue to block sites that prevent students from researching all sorts of topical subjects. Some districts took the censorship to ridiculous extremes — using their filtering software to block sites designated as “political,” “news,” and even “dictionary.”

Fortunately for Rhode Island educators and students, this abysmal state of affairs may soon change. As a result of ACLU lobbying, the state legislature passed a law last year requiring all school districts to adopt and implement clear, written, publicly available Internet filtering policies. The policies must specify the categories of websites that are blocked, explain the basis for blocking them, and provide a procedure for teachers to request that sites be unblocked in a timely manner. The new law also requires districts to conduct an annual review of their policies in order to address problems of overblocking. In case there was any doubt about the purpose of these requirements, the law makes clear that the goal is to “promote academic freedom in the classroom.”

A few months ago, the state commissioner of education, working in collaboration with the ACLU, prepared a model internet filtering policy that school districts could use as a template in order to comply with the new law, and some have already begun adopting it.

This is a major step in the right direction.

The internet offers a world of educational opportunities that Rhode Island’s students have been denied because of overzealous filtering software. This new law will go a long way toward ensuring that teachers can bring their full range of resources to the classroom and that students can make use of the wide array of information that the internet puts at their fingertips. This law can also serve as a model for other school districts across the country to consider adopting.

In 1982, a U.S. Supreme Court decision declared that schools could not remove books from libraries “simply because they dislike the ideas contained in those books and seek by their removal to ‘prescribe what shall be orthodox in politics, nationalism, religion, or other matters of opinion.’” It is time to bring this concept into the 21st century and halt the widespread blocking of online educational resources by school bureaucrats who seem all too eager to employ this unwieldy censorship technology in the shadows.