On Philly Public Transportation, the Censor Rides Along With You 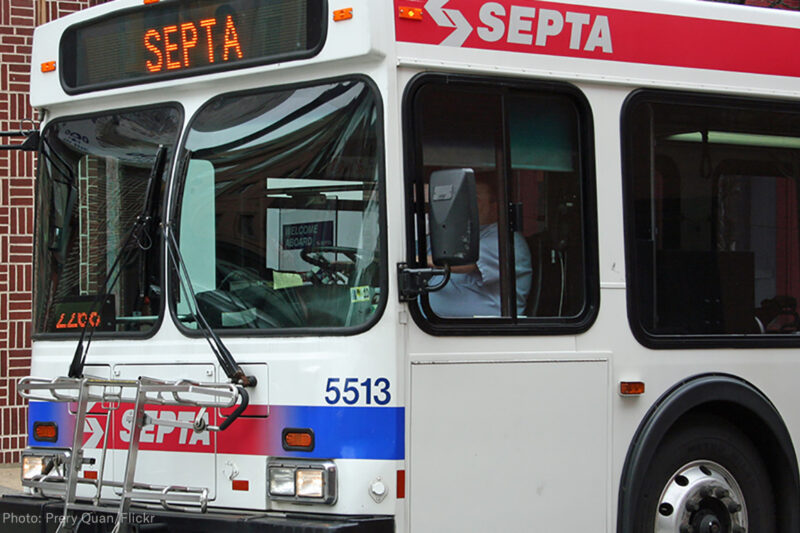 The Center for Investigative Reporting recently conducted an investigation into the disproportionate rate at which African-Americans and Latinos are denied conventional home mortgages compared to their white counterparts. The year-long investigation found that modern-day redlining — the discriminatory practice of denying a service to residents of certain areas based on racial or ethnic characteristics — has persisted in 61 areas across the country, even when controlling for applicants’ income, loan amount, and neighborhood.

CIR hoped to advertise its findings in Philadelphia bus shelters, newsstands, and other spaces where audiences potentially affected by the investigation could explore CIR’s work. Yet when CIR submitted its advertisement to the state-run local transportation authority — Southeastern Pennsylvania Transportation Authority, or SEPTA — the group received a puzzling response: The advertisement was “political” and expressed “an opinion, position or viewpoint on matters of public debate.” It would therefore be rejected, CIR was told. “Disparate lending is a matter of public debate and litigation,” SEPTA explained, citing the American Banking Association’s criticism of CIR’s report and methodology.

Today, CIR — represented by the ACLU, the ACLU of Pennsylvania, and the law firm Hangley Aronchick Segal Pudlin & Schiller — sued SEPTA over its policy, which violates the First Amendment. The policy discriminates against speech that SEPTA deems offensive or controversial, and it gives sparse guidance on how to determine whether an advertisement might be rejected for being “political” or for touching on a “matter of public debate.”

SEPTA purports to ban all “political” and “public debate” advertisements in order to avoid any controversial ones. The ban originated after SEPTA tried to reject an offensive ad proposal from anti-Muslim activist Pamela Geller but a court found that the transportation authority could not, under the First Amendment, pick and choose between ads it liked and didn’t like. In response, SEPTA tried to take itself out of the pick-and-choose conundrum altogether, disallowing any advertisement on a matter of public debate or politics.

But the new policy ends up giving SEPTA too much power to pick and choose. SEPTA officials now have standardless discretion to reject advertisements they deem too controversial for publication. Is a movie poster depicting fictionalized military technology considered an advertisement on a matter of public debate? What about a different poster advertising a new documentary on military technology spending in the United States? Or a Lockheed Martin poster promoting an F-16 fighter jet? It is up to SEPTA officials to decide which of these advertisements is “political” or on a “matter of public debate,” and therefore banned from its advertising spaces.

We know what happens with vague policies like this one from experience. The ACLU is currently engaged in a legal battle with WMATA, the transit agency in Washington, D.C., over its rejection of several advertisements ranging from ads promoting Milo Yiannopoulos’s new book to ACLU ads depicting the text of the First Amendment in English, Spanish, and Arabic. These ads were rejected because they involved “issue[s] on which there are varying opinions,” per WMATA’s guidelines. Yet WMATA has frequently approved ads that feature issues on which there are varying opinions. For example, the transit agency approved an ad for a play commemorating the late Supreme Court Justice Antonin Scalia, with passages promoting a conservative judicial philosophy. It also approved an ad showing a crowd of demonstrators holding signs saying “Black Lives Matter” and “Stand for Justice.” Such inconsistencies are inevitable when officials are given the discretion to censor whatever seems to them too controversial.

Good intentions may have initially motivated SEPTA to reject a bigoted, anti-Muslim message from its advertising spaces. But the predictable consequence of SEPTA’s policy is arbitrary censorship over critical matters of public debate. That’s a consequence the First Amendment does not allow. 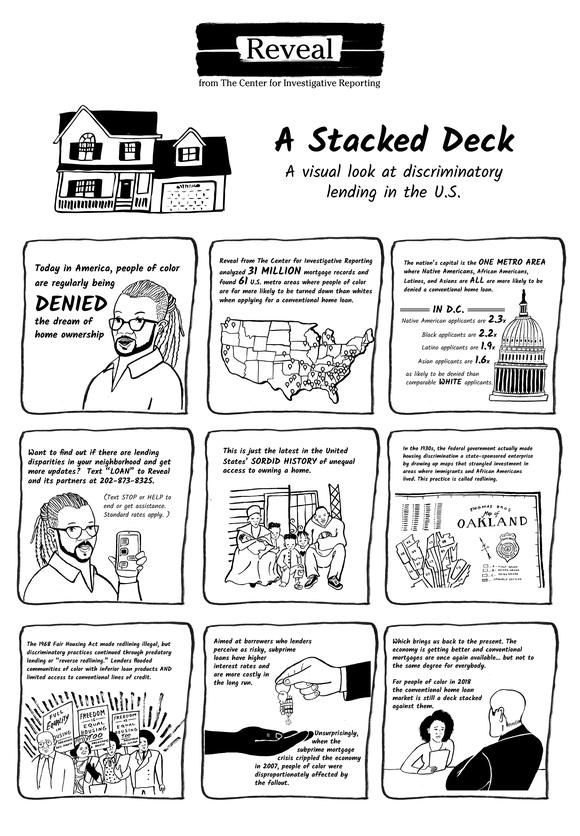 CIR’s proposed ad would have featured a version of this graphic about its report on racial disparities in the conventional home mortgage market. It can be found here.