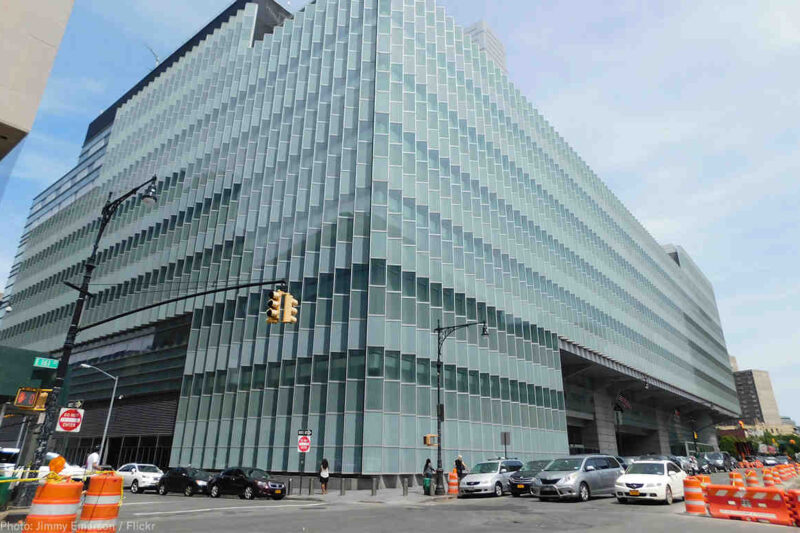 In the land of the free, people still get arrested for speaking out about what they believe in.

A little over a year ago, I was arrested and detained for 10 hours in New York City because I was handing out leaflets advocating jury nullification. I was arrested under a state law that makes it a crime to talk about judicial proceedings within 200 feet of a courthouse. I filed a First Amendment lawsuit because political speech shouldn’t be a crime, no matter where it takes place.

Jury nullification is a power that the jury has to acquit a defendant, despite the law, if they believe a law to be unjust. It has been used for centuries to squash government overreach. In the 1800s, juries refused to convict those who helped African-Americans escape from slavery. Juries also refused to convict those who had been charged with violating alcohol prohibition laws during the 1930s.

In recent years, juries have used the power of jury nullification to acquit people facing petty drug charges, which disproportionately affect people of color. Juries have repeatedly refused to convict those who have been charged with breaking unjust laws.

For a few years now, I have been educating people about jury nullification by handing out leaflets in front of courthouses in Connecticut and Massachusetts. I have been questioned by prosecutors and federal agents, chased off of public property, surrounded by a host of officers, and threatened with arrest. Still, New York City was different.

On a brisk December morning in 2017, I stood on a public sidewalk in front of the Bronx Hall of Justice. I decided to protest New York’s unjust laws by handing out fliers informing people of their power to nullify unjust laws. After several minutes, two court officers approached me and said that I would need to move 200 feet away from the courthouse to continue handing out fliers.

When I refused to move, the court officers arrested me, searched me, and seized my property. I was ultimately detained for 10 hours that day, simply for exercising my First Amendment right to speak. They declined to prosecute me, but only because the arresting officer failed to measure whether I was standing within 200 feet of the courthouse at the time of my arrest. Otherwise, who knows what could have happened.

I brought this case because the government has no business criminalizing political speech just because it happens outside a courthouse. Courthouses are important public symbols, closely tied to the administration of justice. They are frequently important places for political speech on a wide range of issues, including police brutality, immigrants’ rights, and criminal justice reform.

Although it’s against the law to intentionally manipulate a juror’s vote in a specific case, speech informing people about the concept of jury nullification is entitled to the same constitutional protection as any other speech about our criminal justice system. Whatever you may think about jury nullification, it shouldn’t be a secret, and talking about it in public shouldn’t be a crime.