It's Not Over for Montana Domestic Partnerships 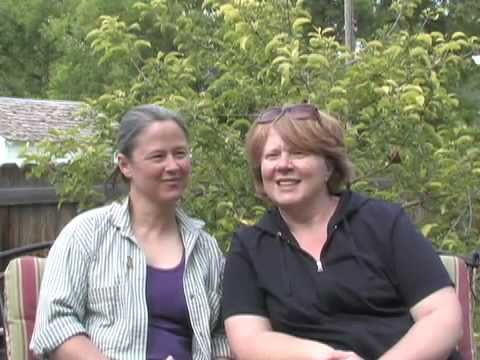 We always knew it was going to be a journey with bumps and curves in the road. So did our six plaintiff couples when they signed on to sue the state of Montana for domestic partnership recognition.

This week our lawsuit, Donaldson and Guggenheim v. State of Montana, hit a pothole when Montana District Court Judge Jeffrey Sherlock ruled against us and in favor of the state’s motion to dismiss the case. But make no mistake, the wheels are still on the car, and we are still traveling hopefully toward a future where all loving, committed couples are treated with dignity, fairness and respect, and have the same rights to care for one another as opposite-sex married couples.

We were disappointed in Judge Sherlock’s ruling, and so were our clients. But their and our spirits and determination are still strong.

“This is just a first step on one of the roads to victory. This is a bump, not a loss,” wrote plaintiffs Jan Donaldson and Mary Anne Guggenheim in a message to their fellow “fabuliffs” and ACLU staff. “We do know we are right, and many many other people of all colors, stripes, majorities and minorities, Democrats, Independents and even Republicans know we are right. And we shall prevail, for sure in our grandchildren’s lives, probably in our children’s, maybe in ours. Let’s all try to meet up in Bozeman for PRIDE weekend and march with all kinds of pride. Best to everyone — we are in this however long it takes. Thank you for being who you are and thanks to the ACLU staff for standing proud with us.”

Wrote plaintiff Mike Long (with his usual quick wit): “The next time you’re in the state capitol, stop and ponder the statue of my hero Jeanette Rankin … She knew of a time when the thought of a woman voting was unthinkable. Now the concept of denying women the vote is laughable. So shall it be with our cause. (I just hope it happens before I’m dead and gone and somebody’s pondering my statue, not that I’ll have one, but if I do it’ll be a good-looking one). “

Judge Sherlock said in his ruling that he sympathized with our plaintiffs. He stated that “there appears little doubt that Plaintiffs have been subject to private prejudice, discrimination, and even violence in Montana. The State also does not dispute the economic and emotional harm often suffered by the Plaintiffs due to their sexual orientation.”

Still, Judge Sherlock said that to order the Montana Legislature to enact a statutory framework establishing domestic partnerships would be a violation of the separation of powers between the judicial and legislative branches of government.

Judges in Vermont and New Jersey ruled otherwise. When faced with similar sets of facts, that is exactly what they did – ordered their state’s legislatures to right the violation of same-sex couples’ constitutional rights by establishing a framework, such as domestic partnership registries, for same-sex couples to obtain the same protections as marriage.

We have 60 days from the date of the ruling to decide whether to appeal.

In the meantime, we hope that you will join us in our work to educate the public about domestic partnerships and to change hearts and minds on the issue. Please sign our Fair is Fair petition and join the ACLU.