Achieving the Ideals Embodied in the CRC

Today marks the 20th anniversary of the Convention on the Rights of the Child, the most comprehensive treaty on children’s rights. The convention has been ratified by nearly every country in the world, except for the United States. The convention would fill current gaps in U.S. laws, and provide all children in America with the same robust protections that children in 193 countries are already entitled to. 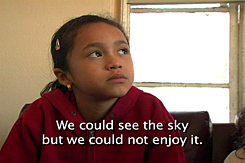 Watch the Freedom Files video short about the conditions at Hutto on ACLU.tv > >

On August 6, 2009, federal officials announced that the T.Don Hutto Detention Center in Taylor, Texas, would no longer house immigrant families. This marked the end of an almost three-year struggle to vindicate the basic rights of children detained in this facility.

The Hutto facility, a former prison operated by a private adult corrections company, was opened in May 2006 by U.S. Immigration and Custom Enforcement (ICE) as part of a move that aimed, in part, to deter child smuggling and keep families together. At Hutto, children of all ages were forced to wear prison uniforms, lacked adequate medical care and educational access, endured threats of separation from their parents from guards and were rarely allowed outdoors.

Not only did such treatment betray established U.S. law, it was also an affront to the United Nations Convention on the Rights of the Child (CRC). In the spring of 2007, the ACLU, along with a number of cooperating attorneys, filed lawsuits on behalf of 26 detained children charging that ICE was operating the Hutto facility in violation of existing standards governing the treatment of children in immigration custody.

On August 27, 2007, the ACLU won a landmark settlement with ICE that greatly improved conditions at Hutto. While the settlement was a victory, Hutto remained structurally a prison. The ACLU continued to advocate, along with other groups, for ICE to close Hutto and use alternatives to detention for families.

The closure of the Hutto Family Detention Center just a few months ago was a victory, but the struggle is not yet over. One other family detention center remains — the Berks facility in York, Pa. It is imperative that the U.S. end the practice of family detention altogether. No innocent child should be in detention when alternatives exist that would allow the government to meet its law enforcement aims in a much more humane manner. Then and only then will the U.S. be one step closer to achieving the ideals embodied in the CRC.