The ACLU Criminal Law Reform Project has filed a class action lawsuit on behalf of criminal defendants in Orleans Parish who are unable to afford an attorney. The suit attacks Louisiana’s chronic underfunding of its public defender system.

The complaint alleges that, by indefinitely placing people on a waiting list for appointed counsel due to budget shortages, Louisiana has failed its responsibility to provide people charged with crimes – all of whom are innocent until proven guilty – with zealous representation as required by the Sixth and Fourteenth Amendments. Most of the people facing this injustice are also poor, once again placing the most vulnerable members of our society at risk of illegal detention and wrongful conviction.

Description: According to the ACLU suit, Louisianans placed on a waiting list for counsel are unconstitutionally denied meaningful access to the justice system, which in turn will force many to languish indefinitely in jail without any means to challenge their arrest, their detention, or the accusations against them. The public defender’s inability to represent clients will further clog an already overwhelmed, unstable judicial system.

As long as these plaintiffs remain on the waitlist, their prosecution cannot proceed. Meanwhile plaintiffs (who are supposed to be presumed innocent until proven guilty) have no attorney for critical tasks that a public defender would ordinarily perform, such as challenging the arrest and arguing for lower bail; investigating the charges; or filing motions to preserve favorable evidence.

The ACLU seeks a judgment from the court declaring that all defendants are guaranteed their Sixth and Fourteenth Amendment rights to due process, equal protection, and competent representation. 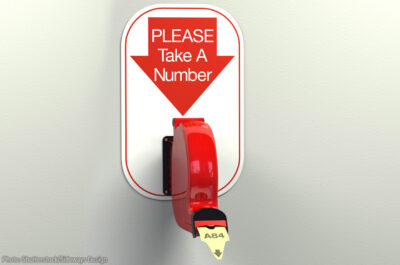