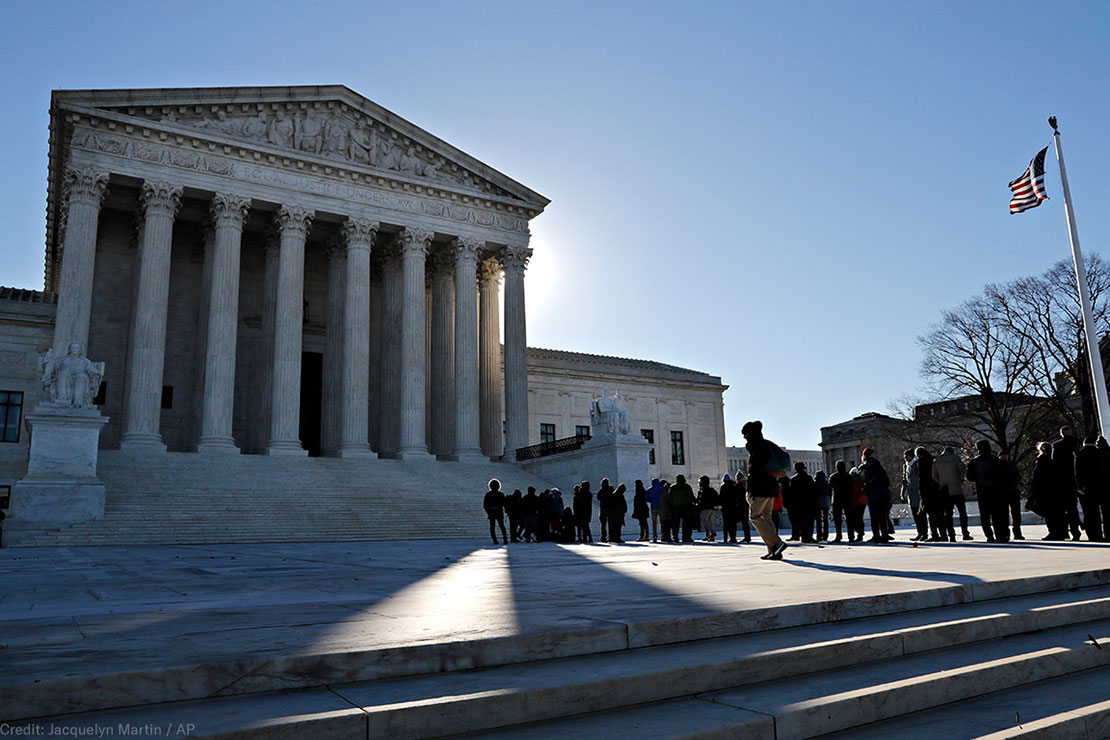 Whether President Trump should comply with congressional subpoenas and hand over his personal finance documents.

In the Trump v. Mazars/Trump v. Deutsche Bank AG brief, the ACLU argues that Congress has the constitutional authority to investigate the executive branch, which includes the right to demand documents from the president or other members of the executive branch. Trump cannot block his accountant or bank from handing over financial documents regarding his personal affairs. Ruling otherwise would undermine the checks and balances central to our constitutional system. This is not the first time these demands have been made. If Congress had the authority to investigate Watergate and Whitewater, it can investigate Trump.

The amicus curiae brief for Trump v. Mazars/Trump v. Deutsche Bank AG is authored by former U.S. Solicitor General Don Verrilli and Brendan Gants of Munger, Tolles & Olson LLP, and filed with the ACLU of the District of Columbia.