On December 4, 2017, Michael Picard stood on the public sidewalk in front of the Bronx County Hall of Justice with a sign reading “Jury info” and distributed flyers advocating for jury nullification. Shortly after he began his advocacy, an officer arrested Mr. Picard for violating New York’s courthouse protest law, N.Y. Penal Law 215.50(7). The law makes it a crime to shout, call aloud, or hold or display signs or placards concerning a trial on a public street or sidewalk within 200 feet of a courthouse.

The lawsuit, filed by the ACLU on behalf of Mr. Picard, asserts that the law violates the First Amendment because it bans protected speech about the criminal justice system on public streets and sidewalks, which have been traditionally held open for public protest and debate. New York’s law, which was passed in response to courthouse protests against the prosecution of Communist party leaders in the late 1940s, appears to be the only state or federal law in the country that bans courthouse protests solely on the basis of their subject matter. As such, it criminalizes a broad range of constitutionally protected political expression, from jury nullification advocacy to protests against unjust prosecutions.

After a bench trial, a New York federal district court held on July 20, 2020, that the law is facially unconstitutional because it imposes a subject-matter-based restriction on protected speech in a traditional public forum. Such laws are subject to strict judicial scrutiny, which is the most stringent form of judicial review. The court held that New York failed to justify its law under strict scrutiny because it did not show that the law was actually necessary to vindicate New York’s interest in protecting the administration of justice. The court noted that New York has other tools at its disposal to protect this interest, including existing laws against jury tampering, witness tampering, and courthouse disruption. As a result, the court permanently enjoined the government from enforcing the law.

Following Mr. Picard’s victory, the State appealed the case to the U.S. Court of Appeals for the Second Circuit Court, where the case is currently pending. 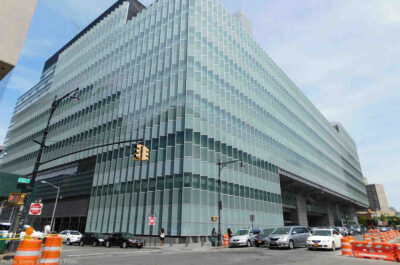