This case was filed on behalf of prisoners following a serious disturbance in 1991 at the Montana State Prison (MSP) that resulted in seven deaths. The lawsuit challenges inadequate medical and mental health care, overcrowding, and inadequate environmental and fire safety conditions, classification policy, and sex offender policies. The parties settled all issues except those related to treatment of protective custody prisoners, which were ultimately tried in a separate case filed by the Department of Justice. A settlement was reached in 1995, but it required monitoring by experts to assure compliance with the terms of the settlement.

In 2005, after eleven years of monitoring during which the defendants built an infirmary, doubled physician staff, hired a medical director, and revised their health care policies, the health care experts appointed pursuant to the settlement agreement found that the prison had complied with the agreement’s medical provisions, and those provisions were dismissed. The district court denied the defendants a motion to dismiss the provision of the agreement requiring them to comply with the Americans with Disabilities Act (ADA). The State appealed to the Ninth Circuit, which unanimously upheld the district court’s order.

In January 2011, the State agreed to make a number of long-overdue renovations to physical barriers faced by disabled MSP prisoners. Among the renovations are the retrofitting of more cells on the high security side of the prison and the installation of an elevator in the support building on the low security side, which will for the first time allow disabled prisoners to use the library and to participate in classes and vocational programs offered on the second floor of that building.

In 2013, two disabilities experts completed a comprehensive ADA assessment at MSP and produced a report on their findings. In it, they recommended changes to policies and procedures, as well as physical plant renovations, to bring MSP into compliance with the ADA.

The experts’ reports formed the basis for ongoing negotiations between the parties.

UPDATE: On March 2nd, 2017, the parties in this case reached a comprehensive settlement agreement that ensures renovations throughout the prison, including significant revisions to policies to ensure equal access and non-discrimination for the prisoners with disabilities in all programs and services at the Montana State Prison (MSP). 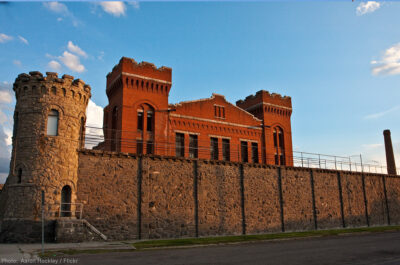