On June 11, 2015, Florida abortion providers filed suit in state court to challenge a medically unnecessary law that would force virtually all people seeking abortions, unlike any other patients in Florida, to delay the care they need against their will and regardless of their personal circumstances. Since its enactment in 2015, the restriction has largely been blocked, but on March 23, 2022, a Florida state trial court indicated that it intended to rule for the State and dismiss the challenge, and, on April 8, 2022, the court issued an order upholding the law. The medically unnecessary and harmful law took effect upon entry of final judgment on April 25, 2022.

Passed in June 2015, the law being challenged, HB633, prevents a person seeking an abortion in Florida from obtaining their medications or procedure for at least 24 hours after meeting with a doctor—and in practice, often far longer. The law forces patients to make an additional, medically unnecessary trip to the clinic, which is extremely burdensome for many patients and impossible for some. Rather than improve the counseling a person receives, HB633 harms Floridians by forcing them to remain pregnant against their wishes for days or weeks longer—regardless of the health risks—and prevents some patients from obtaining a desired abortion at all.

After Plaintiffs won a temporary injunction in July 2015 that blocked the law, Florida’s First District Court of Appeal reversed the lower court’s decision in February 2016, causing the law to briefly go into effect. Plaintiffs immediately appealed to the Florida Supreme Court, which quickly reinstated the injunction while it considered Plaintiffs’ appeal and, in February 2017, upheld Plaintiffs’ initial victory. On January 9, 2018, the trial court, the Second Judicial Circuit Court for Leon County, permanently blocked the law as an infringement on Florida’s state constitutional right to privacy. The State appealed that decision, arguing that it should be permitted to defend the law at trial. On August 1, 2019, the First District Court of Appeal reversed the trial court’s decision and remanded the matter back to the lower court for trial, which had been scheduled for April 4, 2022. Just weeks before the trial, however, on March 23, 2022, the lower court reversed course and indicated that it would dismiss the challenge and reinstate the law. The trial court issued its order granting summary judgment to the State and upholding the law on April 8, 2022.

This mandatory delay and additional trip requirement is an insult to all Floridians, but it will have particularly harsh consequences for patients with low incomes, because of the significant financial costs that HB633’s extra-trip requirement imposes—including missed work, lost wages, and significantly increased transportation and child care costs. The law also jeopardizes patients’ health and undermines the privacy of Floridians’ abortion decisions.

Since the passage of this law, Florida politicians have continued to place hurdles in the path of people seeking abortion care as part of a larger effort to push care out of reach. In March 2022, the state legislature took its most extreme step yet in attacking reproductive freedom earlier this month when politicians passed a ban on abortion after 15 weeks of pregnancy. 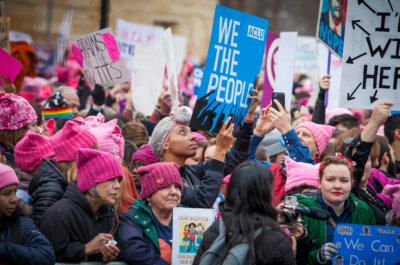