The ACLU and the Knight First Amendment Institute at Columbia University filed a lawsuit on behalf of five former public servants challenging the government’s “prepublication review” system, which prohibits millions of current and former government employees from writing or speaking about topics related to their government service without first obtaining government approval.

Under this system, the government requires current and former intelligence-agency employees and military personnel to seek government approval before publishing any material related to their government service, regardless of whether they ever had access to sensitive information. The submission requirements and review standards are confusing, vague, and overbroad. The government’s censorial decisions are inconsistent, unexplained, and influenced by authors’ viewpoints. Review frequently takes weeks or even months. And favored officials are sometimes afforded special treatment, with their manuscripts fast-tracked and reviewed more sympathetically.

Our clients have all been subject to the various failings of the prepublication review system.

Mark Fallon spent almost three decades with the Naval Criminal Investigative Service and two years at the Department of Homeland Security. When he wrote a book, Unjustifiable Means, criticizing the Bush administration’s torture policies, the government sat on the manuscript for months before returning it with 113 separate redactions, many of which covered information already in the public record and some seemingly intended only to protect the government from embarrassment.

Mel Goodman, a former CIA officer, waited more than 11 months for his book, Whistleblower at the CIA, a memoir about his time in government that was critical of the agency, to clear prepublication review. When he finally got the manuscript back, the CIA insisted that he redact pages of information that was already in the public domain.

Richard Immerman, an academic who worked for less than two years in the Office of the Director of National Intelligence (ODNI), had to wait nearly six months for a response after he submitted his book on the history of the CIA. ODNI had sent his manuscript to the CIA, which conducted its own review and ended up demanding extensive redactions — all of which related to publicly sourced material, including material that the CIA itself had previously published.

VIEW FOIA DOCUMENTS RELATED TO This CASE BY AGENCY

Tim Edgar, also formerly of the ODNI, submitted a book about NSA surveillance to ODNI for review. Three months later, he received permission to publish on the condition that he redact material largely relating to events that took place after he had left government.

Anuradha Bhagwati, a former Marine Corps officer and author of the recent memoir Unbecoming, has written and spoken widely about her experiences confronting misogyny, racism, and sexual violence in the military. However, she only learned recently that, as a former Defense Department employee, she is technically required to submit such works for review, even if she never had access to highly sensitive information while in the government.

Our clients are challenging this broken system under the First and Fifth Amendments. The lawsuit argues that the system violates the First Amendment by imposing sweeping, indefinite prior restraints—that is, government orders prohibiting speech before it is even spoken. This system suppresses and deters core political speech, including speech that is unclassified or already in public records. And the suit challenges the system under the Fifth Amendment for failing to give former public servants fair notice of what they have to submit and of what they can and cannot say, and for inviting arbitrary and discriminatory enforcement by government censors. The lawsuit asks the court to bar the government from enforcing the prepublication review system as it currently stands.

Under this far-reaching censorship system, millions of current and former government employees, contractors, and even interns must submit their manuscripts for official review prior to publication. The thousands of documents that have been released in response to our FOIA litigation paint a picture of a system that is fractured and incoherent. Here is an interactive chart that reflects our effort to make sense of this system.

The Government’s System of Censoring Its Former Employees Is Unconstitutional 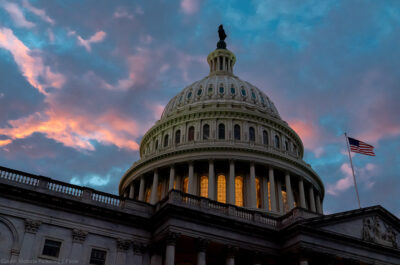