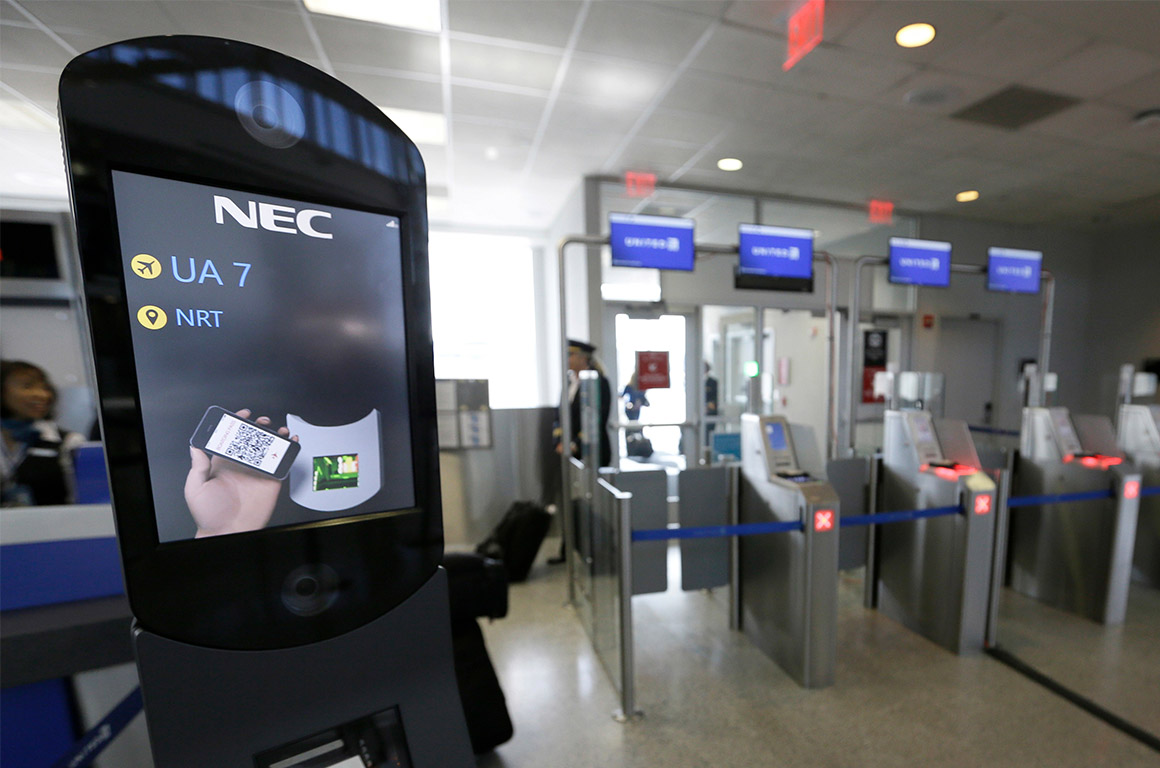 In March 2020, the ACLU and the New York Civil Liberties Union filed a Freedom of Information Act lawsuit seeking information from the Department of Homeland Security, CBP, TSA, and ICE about the implementation of face surveillance at airports and their plans to subject travelers to this technology in the future.

Over the past few years, CBP and the TSA have dramatically expanded their use of facial recognition technology at airports and other U.S. ports of entry. As of June 2019, CBP had scanned the faces of more than 20 million travelers entering and exiting the country. Several major airlines, including Delta, JetBlue, and United Airlines, have already partnered with CBP to help build this surveillance infrastructure, and more than 20 other airlines and airports have committed to using CBP’s technology. The TSA has also partnered with CBP on face surveillance initiatives, with plans to further expand face surveillance to domestic travelers.

Unlike other forms of identity verification, facial recognition technology can enable persistent government surveillance on a massive scale. The use of this technology by CBP and the TSA is especially concerning, given their history of tracking and spying on journalists, subjecting travelers to excessive and humiliating searches, and bias-based targeting and interrogation of people based on national origin, religious beliefs, or political views.

In addition, several recent studies have shown that facial recognition technology results in a higher rate of false identifications for people of color. For example, a December 2019 report by the National Institute of Standards and Technology found a higher rate of incorrect facial matches for photos of Black and Asian people, relative to white people. One false match can lead to missed flights, lengthy interrogations, tense immigration enforcement encounters, or worse.

But even if facial recognition technology worked, its use at airports is a dangerous step toward its normalization and raises profound civil liberties concerns. The public urgently needs more information about CBP’s and the TSA’s facial recognition programs. Our lawsuit seeks to make public the government’s contracts with airlines, airports, and other entities pertaining to the use of face recognition at airports and the border; policies and procedures concerning the acquisition, processing, and retention of biometric information; and analyses of the effectiveness of facial recognition technology. Through these records, we hope to strengthen the public’s and policymakers’ understanding of the face surveillance apparatus that federal agencies are building, assess any privacy protections, and determine the extent to which CBP’s and the TSA’s use of the technology discriminates on the basis of race or other characteristics.

The Government Has a Secret Plan to Track Everyone’s Faces at Airports. We’re Suing.

There can be no meaningful oversight or accountability with such excessive, undemocratic secrecy. 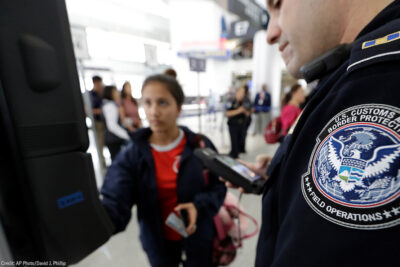 The Government Has a Secret Plan to Track Everyone’s Faces at Airports. We’re Suing.
Support our on-going ligitation and work in the courts Donate now