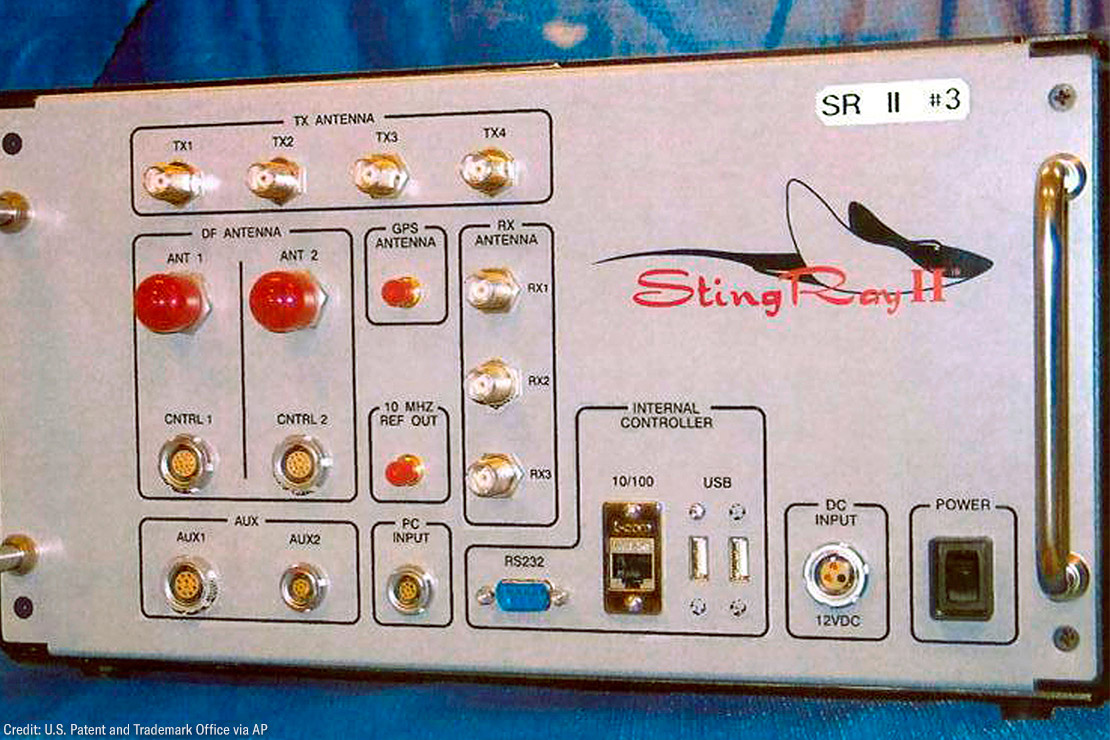 ACLU v. CBP - FOIA Case for CBP and ICE Records Related to the Use of Cell-Site Simulator Technology

On May 19, 2017, ACLU submitted a FOIA request to U.S. Immigration and Customs Enforcement (ICE) and Customs and Border Protection (CBP) demanding records on the federal government’s acquisition and use of “cell site simulators” (also known as “Stingrays” or “IMSI catchers”), powerful surveillance devices that target cell phones by impersonating a wireless service provider’s cell tower. For more than two years, the two agencies failed to properly process the Request or produce any responsive records until the ACLU sued on December 11, 2019.

Cell site simulators impersonate a wireless service provider’s cell tower, prompting cell phones and other wireless devices in the area to communicate with them. The devices are commonly used in two ways: to collect unique numeric identifiers associated with phones in a given area in order to identify the phones and their users, and to ascertain the location of a phone when agents know its unique numeric identifier but not its precise location. Although numerous law enforcement agencies across the country have released significant information about their use of cell site simulators in recent years, little information is publicly known about the use of cell site simulators by ICE and CBP or what safeguardsare in place to prevent abuse.

Both uses of the technology raise serious issues under the Fourth Amendment. Collecting unique identifiers of all phones in an area necessarily results in collection of the location data of many bystanders. And using cell site simulators to ascertain the whereabouts of a specific cell phone can reveal the potentially sensitive location of its owner, including that they are in a constitutionally protected place, such as a home. Even when a cell site simulator is used to locate a particular suspect’s phone, it necessarily solicits identifying information from bystanders’ phones. They may also interfere with nearby cellphones’ connection to the cellular network, meaning they can affect not only the intended target but also bystanders.

In 2017, the Detroit News published an article detailing ICE’s use of a cell site simulator to locate an individual for arrest and prosecution on immigration-related charges. The article left unanswered a number of questions about what kinds of investigations immigration and border enforcement authorities use cell site simulators in, how often the technology is used, and what policies and practices constrain those uses.

In order to answer these and related questions, the ACLU submitted its FOIA Request to CBP and ICE on May 19, 2017, seeking ten categories of records about the agencies’ acquisition and use of cell site simulators. For more than two years, the ACLU awaited responsive records from both CBP and ICE, to no avail.

On December 11, 2019 — shortly after a revelatory article published by Univision detailing ICE’s use of the technology to locate an individual for arrest and prosecution on immigration-related charges — ACLU sued both CBP and ICE for failing to promptly make available requested records.

This case is ongoing in the Southern District of New York.

SEE DOCUMENTS RELEASED UNDER THIS LAWSUIT