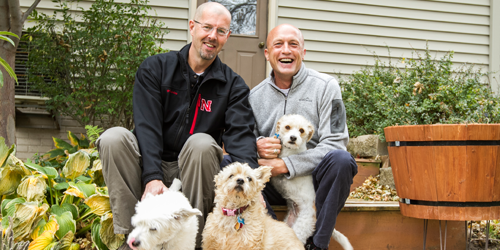 Both Todd and Joel, who have been in a committed relationship for over nine years, come from close-knit Nebraska families and still live close to many of their family members. They regularly babysit for their nieces and nephews, who range in age from infants to teenagers, as well as for their friends’ children.

They bought their current home with extra bedrooms with the plan to foster and adopt children. They would welcome sibling groups into their family because they think it is important for brothers and sisters to be able to remain together. Since Todd is retired from the U.S. Marine Corps, he is able to be a full-time stay-at-home parent.

Todd and Joel began the process of applying to become foster parents in July of 2008. They followed the licensing procedures established by HHS: they completed training, underwent a home study, and submitted to and passed the required background checks. But they were later told that they could not be licensed because of the HHS policy.