Shayna Strom is the former chief deputy national political director at the ACLU, serving from 2017 to 2020. During her time at the ACLU, she was a leader in building and running the ACLU National Political Advocacy Department, where she devised strategy and oversaw planning and execution of policy, issue campaigns, lobbying, and electoral efforts, with a special emphasis on building the role of grassroots organizing at the ACLU.

Shayna has a deep background in both policy and advocacy. She spent four years at the Obama White House, working as advisor to the head of the Office of Management and Budget and as the Chief of Staff and Senior Counselor at the White House Office of Information and Regulatory Affairs (OIRA), where she negotiated the policy and politics of many of President Obama’s most high-profile rulemakings.  She also served as counsel on the Senate Judiciary Committee for Senator Al Franken.

Previously, Shayna worked for a number of years as a community and political organizer in Ohio, New York, and New Jersey for groups like SEIU and Working Families Party. Immediately before coming to the ACLU, she served on the leadership team setting up the resistance group Indivisible as a national non-profit, working on everything from structuring their fundraising plan to designing key campaigns.

Shayna has a strong interest in long term strategy and political infrastructure, and has consulted on those topics for a number of major foundations. She also directed the U.S. policy advocacy philanthropy at the Open Philanthropy Project, on behalf of one of the Facebook founders. She has taught courses about social change at Johns Hopkins University and Sarah Lawrence College, and written about labor issues and organizing as a senior fellow for The Century Foundation.

Lives are at Stake. Will Congress Act? 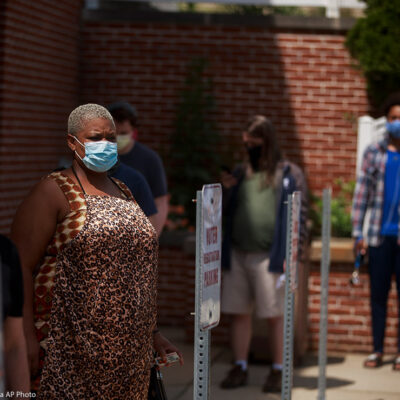 Lives are at Stake. Will Congress Act?