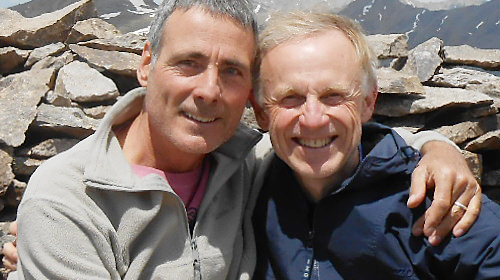 Ron and Greg met in the summer of 1994. Ron, 60, teaches actuarial science at Penn State University and Greg, 56, is an acupuncturist in private practice. They moved to Pennsylvania when Ron started working at Penn State five years ago. They registered as domestic partners in State College as soon as that became possible in 2011, and they are currently engaged to be married. It is important to them to marry in Pennsylvania because it’s their home and they would like to be able to marry in their own church. Their minister has already agreed to officiate at the ceremony if that becomes an option for them legally.

They would like to be able to refer to one another officially as spouses. They feel that using the term “partner” is inadequate as it does not convey the level of commitment they have made to one another.

Because their relationship is not legally recognized in Pennsylvania, when one of them passes away, the surviving partner will be denied the spousal exemption from the inheritance tax and will have to pay a 15% tax on half of everything the couple owns together, including their home.

But when we asked him why he wants to marry Ron, Greg’s first thought wasn’t about the financial issues. “Ron is a man of integrity, and I am inspired by him every single day,” he said. “He strives to see the best in people and makes me want to be the best I can be.” And Ron added, “I’m still madly in love with Greg. He is my best friend, and we have a wonderful, happy life together.”