Radley Balko is a senior writer and investigative reporter for the Huffington Post, where he covers civil liberties and the criminal justice system. He also writes about music and culture in Nashville, Tennessee, where he lives.

Balko is a former senior editor for Reason magazine, where his weekly column and investigative features were finalists for and won a number of journalism awards. His 2009 investigative report on expert witness fraud in a Louisiana death penalty case won the Western Publication Association’s “Maggie Award” for reporting. In 2011 The Week named Balko a finalist for “Opinion Columnist of the Year,” and the L.A. Press Club named him Journalist of the Year for small publications, as well as Journalist of the Year overall.

Balko’s work has been cited by the U.S. Supreme Court (Hudson v. Michigan), and cited and excerpted by the Mississippi State Supreme Court (Mississippi v. Edmonds). His reporting on the Cory Maye case, in which Maye mistakenly killed a police officer in a mistaken drug raid, helped Maye get off death row and win a new trial. Maye was finally released in July 2011. His extensive reporting on controversial Mississippi medical examiner Steven Hayne helped win a new trial and an acquittal for a 13-year-old murder suspect Tyler Edmonds, and eventually to Hayne’s termination. Balko’s research and reporting on the criminal justice system has been profiled in the New York Times, The Atlantic, The Economist, and the Showtime program, Penn & Teller’s Bullshit!.

Senator Ervin, “No-Knock” Warrants, and the Fight to Stop Cops from Smashing into Homes the Way Burglars Do 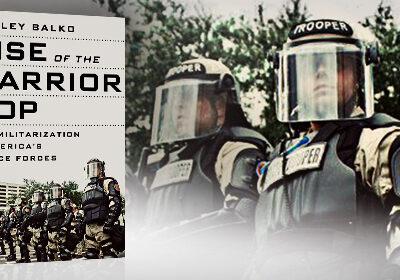 Senator Ervin, “No-Knock” Warrants, and the Fight to Stop Cops from Smashing into Homes the Way Burglars Do

Too Many Cops Are Told They’re Soldiers Fighting a War. How Did We Get Here?

Too Many Cops Are Told They’re Soldiers Fighting a War. How Did We Get Here?